5 Things You Should Never Write in a Cover Letter 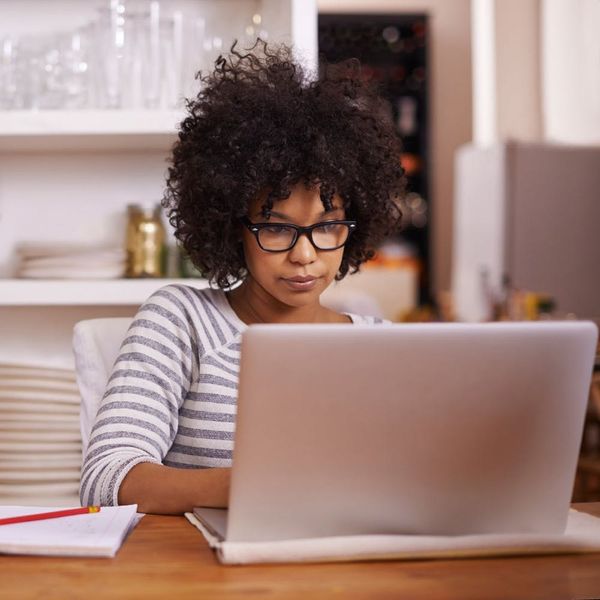 Drafting up a cover letter can be the most daunting part of job hunting. Sure, you’ve come up with a super original resume design and read up on common job interview problems, but your cover letter is the first step in landing that interview. Unless you happen to be BFFs with the hiring manager, it’s hard to know what to say and what’s going to to set you apart from the hundreds of other applicants. Getting stuck on the letter is one of the main reasons people don’t move on with their careers. (It’s hard to get to the interview if you never hit submit.) Career expert for Monster, Vicki Salemi, who was a recruiter for over 15 years, believes sitting on a cover letter for weeks is one of the worst things you can do. “You need to realize that jobs disappear fast because recruiters are looking to fill those positions ASAP,” she says. “Have one ready that’s standardized and tweak it when it’s appropriate.”

Don’t let not knowing what to say keep you from transitioning jobs. “They are looking for something that pops and why you’re better than every other cover letter they’re reading,” Salemi says. Ready to send your letter? Just avoid these faux pas, and your cover letter will stand out from the rest.

Things to Never Say in a Cover Letter

1. Dear Sir or Madam: This salutation is much too formal, and it’s never a good idea to assume the gender of the hiring manager. “You don’t want it to read stuffy, even if you are pursuing very buttoned up employment with a conservative corporate culture,” Salemi says. Greetings like, “Dear Employer,” “Dear Hiring Manager” or addressing it to a specific person’s name are much more professional.

2. I’m Qualified for This Position: There’s no need to restate the obvious. It’s safe to assume that if you’re applying for the job, you meet its qualifications, just like everyone else. “You can express interest but you don’t want to leverage three quarters of the cover letter on that,” Salemi says. Try including an example that highlights your accomplishments, like the awards that you’ve won in your industry or your impressive sales record. “You want to make sure you’re putting yourself in the best light,” she says. Use catchy language that’s going to grab their attention.

3. I Think/I Feel: Just go right into it. “It exudes uncertainty even if you think you’re being certain,” Salemi says. Keep in mind that that every word is valuable real estate. (An ideal length is two to three paragraphs max.) Make stronger statements that explain how you’d fill the role. “Show you’re that person for them,” she says. “Get in their head when you’re writing your letter to understand what they’re looking for.” Once you’re there, show — don’t tell — why you’re made for this company.

4. Were/Seem/Been: Hiring managers find passive verbs vague and a bit stuffy. Channel your inner Hemingway, and put them right in the middle of the action. “Your cover letter is essentially an elevator pitch,” Salemi says. Imagine you’re at a cocktail party and you only had thirty seconds to grab this person’s attention. “You can’t use body language or the enthusiasm of your voice, so every word has to pack a punch.”

5. I’ve Worked At: Tell the recruiter something interesting that they can’t already find on your resume. Hundreds of letters can bleed together over time, so anything that makes you stand out, with a filter of professionalism, can work in your favor. “Think outside the box without being unprofessional,” Salemi says. “Depending on the role and depending on the culture, you can leverage that cover letter to your advantage.” Creative industries, like writing or graphic design, expect a degree of creativity in their candidates, whether it’s a unique typography choice or a strong, grabbing introduction. An application from an accountant should be more traditional.

Do you have tips for making your cover letter stand out? Tweet us @BritandCo!

Ashley Mason
Ashley is a freelance lifestyle writer based in Brooklyn. Since 2009, she has been drinking her way through the city’s diverse coffee shops. When she’s not hunched over her laptop, she can be found trying new restaurants and playing with her Beagle mix Signe.
Work
More From Work