5 Reasons Why You Should Drop Siri to Hang With Cortana 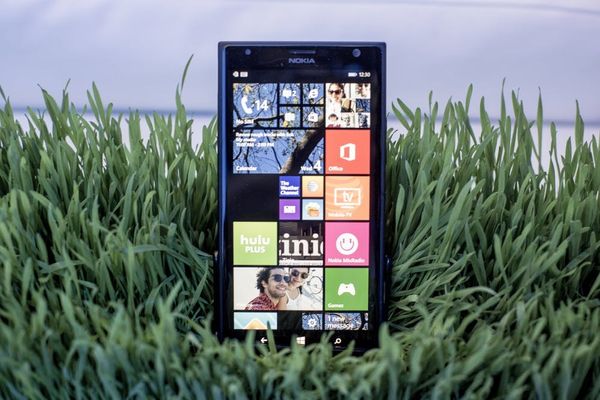 It’s no secret that technology plays a huge role in our lives, which is why tech companies are building personal assistants into our most-used devices — our smartphones. Everyone needs a personal assistant, whether they’re an organization mastermind or a jumbled “creative” mess. Even if you don’t think you need an assistant, the most successful tech companies on the planet think you do. Hence, you do! While Siri is supposed to be your know-it-all BFF, Microsoft recently introduced Cortana into the world, and she’s pretty sweet too.

According to Sogol Malekzadeh, the designer behind Cortana’s personality, “Cortana really speaks to Microsoft’s people-centric design philosophy. By putting people at the center of our design, we are increasingly able to design tech that understands our nuances, emotions and quirky behaviors. It isn’t about where tech is going, it’s about where humans are going.” While designing Cortana, the design team interviewed everyone from personal assistants to CEOs in various fields to pinpoint exactly how Cortana should behave. The end results? Five reasons why we are seriously considering dropping Siri and hanging with Cortana.

1. Cortana Learns + Anticipates The Information That You Want: If the traffic’s bad, Cortana will notify you to leave earlier so you can get to your appointment on time. If you’re in a new city, she will recommend the best restaurants to eat at! Umm… what?!

2. Cortana Knows Your Interests, Quiet Hours, Inner Circles and Fave Places: Let’s say you totally forgot to pick up your prescription at the pharmacy today, so you grab your phone and set a reminder. While Siri would ask for a time to swing by, Cortana uses your location to remind you the next time you’re walking or driving by a pharmacy. She can also remind you to ask your mom about her vegetable garden the next time she calls or texts you, which she will totally appreciate.

3. Cortana Lets You Choose Your Interaction Method: While Siri interacts with you via voice, Cortana additionally allows you to type requests. You know what that means — no repeating yourself.

4. Cortana is Reactive + Proactive: You can ask Cortana for things directly, but she’s also always looking out for you, keeping you up to date on topics you’re interested in and alerting you ahead of time. After a few days of using Cortana, she will easily be able to guess where you live and work. This allows her to alert you to traffic jams or flight delays without being prompted.

5. Cortana Remembers EVERYTHING: The more you use Cortana, the more she gets to know you. Unlike Siri, which feels like the first time every time, Cortana will remember your past requests, searches, trips and interests. She will also search the web to pull up stories and headlines based on your interests.

What do you think? Are you compelled to drop Siri and pick up Cortana? Let us know in the comments!

Rachel Sumner
Rachel is a Contributing Editor at Brit + Co and the founding editor of lifestyle blog, SADIERAE + CO. While her background is in fashion and styling, she also loves all things creative, cooking, traveling, binge-watching TV shows and giving piggy back rides to her golden retriever, Louie.
Tech
More From Tech