Couples Who Drink Together Stay Together (For Real) 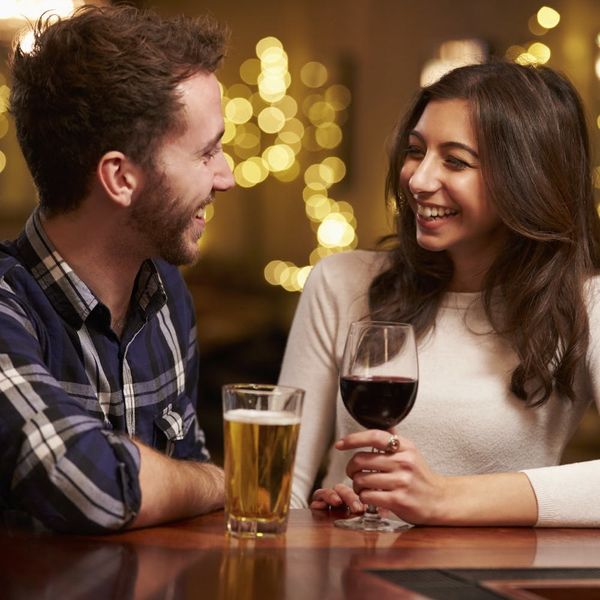 If you enjoy a bevvie with your bestie or a glass of rosé (or can of wine) with your one-and-only, you’ll be thrilled to find out that couples who drink together are apparently more likely to stay together. Seriously. A new study has found that if duos enjoy a sip together, things tend to be happier all around. Of course, variables apply, but overall a cocktail or two could lead to wedded bliss.

A study in The Journals of Gerontology Series B: Psychological Series (say that 10 times fast!) took a look at 2,767 couples who had been married for an average of 33 years. When interviewed about their drinking habits and marital status, couples over 50 enjoyed better relationships if they were both drinkers. And when it comes to noticing the effects alcohol can have on their marriages, it was the wives who saw the differences the most.

Dr. Kira Birditt, who worked on the study, told Reuters, “We’re not sure why this is happening, but it could be that couples that do more leisure time activities together have better marital quality.” It’s important to note that, of the couples interviewed, 20 percent of the men and six per cent of women reported having significant drinking problems, so as usual, moderation is definitely key, especially when it comes to indulging in alcohol.

Do you think alcohol has a positive or negative effect on your relationship(s)? Tweet us @BritandCo!

Desiree O
Desirée O is a ‘Professional Bohemian’ who loves anything and everything related to the arts, entertainment, and pop culture. She ADORES being a ‘Newsy’ for Brit + Co, covering all of the latest tidbits of awesomeness that you want to read about. When she’s not writing, she’s either making messy art, going on long adventurous walks with her camera, or poking around over at bohemianizm (http://www.bohemianizm.com/). You can find out about Desirée O and her work at http://DesireeO.com/ or follow her on Twitter @DesireeO.
love
Entertainment
love marriage
More From Entertainment