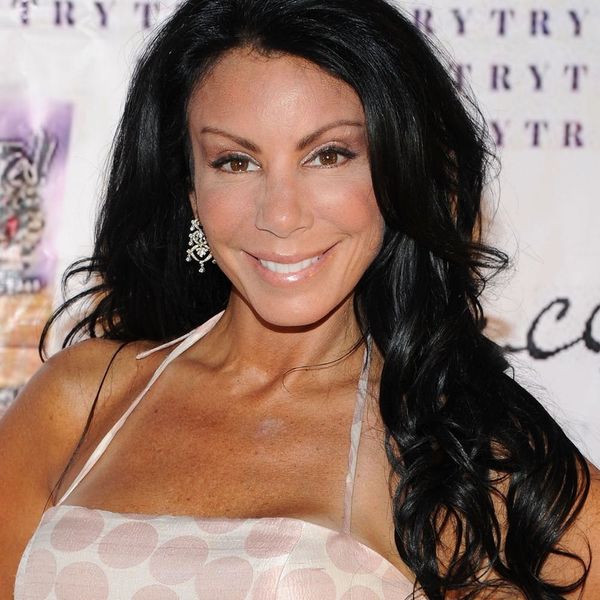 The last time we saw Danielle Staub, the Real Housewives of New Jersey star was rocking her usual tresses that fell well below her shoulders. That all changed Wednesday night, however, when celeb stylist Julian Michaels took his shears to the 55-year-old’s coif and chopped it all off!

About last night ..... #WWHL #newhair #positive #vibes #epic moments #tortured lullaby #real-close #rhonj #OG @bravotv for life obsessed with @robinlordtaylor and as always love @bravoandy ..... who loves how @mspriscillanyc and @juliusmichael1 turned me out ? #love this force duo 💋 please go to @bravotv for the after show Andy and I sing together for the first time Styled by @shop.seesaw @camillawithlove @louboutinworld

The new and improved Staub showed off her new ‘do, which is a whopping foot shorter than her old style, on Watch What Happens Live With Andy Cohen.

She spoke about her look, which Michaels said was inspired by a Kim Kardashian haircut, to People, telling the outlet, “This is a huge transformation. I’m obsessed. I can’t stop looking at myself. I think this is the best thing I’ve done all year.”

Rather than a breakup or a cause to inspire the chop, however, it was simply time for a change of pace, as Michaels explained to the mag. “I love long hair, but after awhile, it’s not appropriate for everyone,” he said. “In Danielle’s case, I feel like it started to drag her down. There’s a line some of us cross between long and sexy and long and boring. That doesn’t mean it needed to go super short, though,” he added.

Instead, Michaels used KKW’s long bob from earlier this year as his haircut goals. “Since Danielle likes it long, I channeled Kim K. and thought, ‘I do lots of lobs and bobs — let me do the Kim K. longer version of a bob and keep it edgy while still being sexy and keeping Danielle age-appropriate while being the game with the 30-something-year-olds.”

Staub, for her part, put her complete trust in the stylist after a brief hiatus on the fence, telling him, “Okay, honey, I completely trust you, so do your thing, whatever you guys want to do, go for it.”

As it turns out, Michaels knew best: The result was a fierce, sleek new look that had everyone, including Cohen, raving. It also gave the reality starlet the fuel for the fire she needed to return for the show’s reunion, saying, “Now I feel more empowered than ever. I’m ready to stand up to those ladies!”

What do you think of Danielle’s new look? Share with us over @BritandCo.

Nicole Briese
Nicole is the weekend editor for Brit + Co who loves bringing you all the latest buzz. When she's not busy typing away into the wee hours, you can usually find her canoodling with her fur babies, rooting around in a bookstore, or rocking out at a concert of some sort (Guns N' Roses forever!). Check out all her latest musings and past work at nicolebjean.com.
Celebrity Hair
Hair
Celebrity Hair Hair Haircuts TV