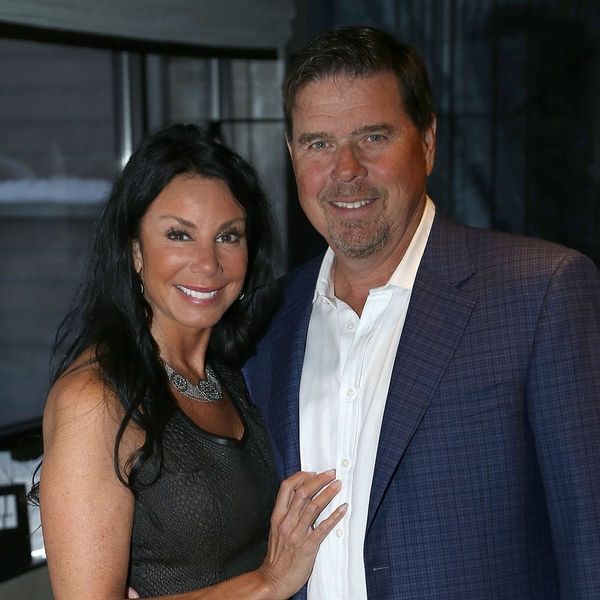 Wedding bells are ringing for Real Housewives of New Jersey star Danielle Staub! People has revealed that the 55-year-old mother of two has tied the knot with Marty Caffrey in a beachside ceremony after two years of dating.

In attendance were her reality co-stars, including Margaret Josephs and Melissa Gorga, both of whom served as bridesmaids, and enemy-turned-BFF Teresa Guidice, who was Staub’s Matron of Honor.

The outlet reports that bride, dressed in a Pnina Tornai gown, and guests alike were barefoot for the nuptials, which took place at the Luna Beach Club on the North Bimini Island in the Bahamas.

Still, she says she was “excited to be a wife… When I saw his family last night for the first time after our rehearsal, on the beach, I felt them looking at me like I was a wife. And to me, and my daughters, looking at him like he is my husband. And I think it definitely made it super profound for me.”

As fans of the show will no doubt recall, the pair got engaged during a season 8 episode called “Secrets Revealed” while at a mansion to the tune of Pachelbel’s “Canon in D.”

Caffrey proposed with a gorgeous 4.5-carat ring from Raineri Jewelers.

The marriage is the third for the reality star, who was most recently wed to businessman Thomas M. Staub, with whom she shares daughters Christine and Jillian.

Are you excited to see Danielle settle down? Share with us over @BritandCo.

Nicole Briese
Nicole is the weekend editor for Brit + Co who loves bringing you all the latest buzz. When she's not busy typing away into the wee hours, you can usually find her canoodling with her fur babies, rooting around in a bookstore, or rocking out at a concert of some sort (Guns N' Roses forever!). Check out all her latest musings and past work at nicolebjean.com.
Celebrities
Celebrity News
Celebrities Celebrity Couples Celebrity Wedding Love TV
More From Celebrity News