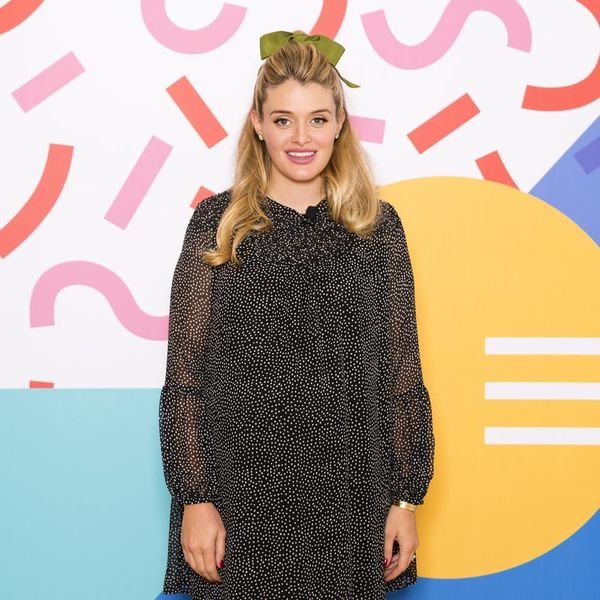 Katie Lee and Daphne Oz are both TV hosts, authors, and gourmands. They’re also BFFs who say that if there was ever a cooking competition between the two of them, there would be no winners or losers because they would just laugh and have fun the whole time (talk about “friendly” competition).

We chatted with Lee and Oz at #CreateGood to learn more about their biggest cooking secrets, favorite chefs, and weirdest things they’ve ever eaten. Check out what they had to say, and watch the video below.

Katie Lee: When I was a little girl, my mom and my grandma told me I could do anything and instilled a sense of confidence inside of me. If I can help anyone else feel like that they have the same motivation and confidence to conquer the world, that would be great.

Daphne Oz: The world is our oyster in many regards, and there is a glass ceiling in many regards. If you’re pouring energy into thinking you can’t do it, the universe will hear that and feed it back to you

On Women That Inspire Them:

KL: Definitely my grandmother. To me, there’s no better cook. She’s so tough. When she was in her 50s, she decided to go to college and took classes alongside young people. She went out and found a job and lived her dreams. No age is too late.

On Their Biggest Cooking Secret:

KL: When you’re cooking, don’t try too hard. You can always order Chinese.

DO: I kind of take it easy on myself. Cooking should relax you. It should be fun; it should feed you in more ways than one.

DO: The biggest kitchen fails are always opportunities in disguise. Mistakes can be your best friend.

Snack they can’t get enough of:

KL: I cannot get enough popcorn. I love popcorn. It’s the one food where all inhibition goes away. Everyone looks bad eating it… I will see a bad movie just to have more popcorn.

DO: I’m pregnant so it’s pretty much anything with carbs.

DO: I’ve been so lucky to work with titans of the cooking world. I plead the Fifth.

KL: Emilio’s Ballato on Houston street [in Manhattan]. It’s an old-school Italian restaurant… it’s a red sauce type of place. It’s where I go on special occasions and a random Tuesday night.

DO: Loring Place in New York. Dan Kluger was one of the first to make vegetable as a prime attraction.

KL: Biscuits. It’s first thing I ever learned how to cook when I was four. It’s the food I make when I’m homesick.

KL: I don’t like to eat anything weird. You’ll never see me eat a bug

DO: I was most terrified to try uni. Now it’s in my top three favorite foods. It tastes like mermaid butter.