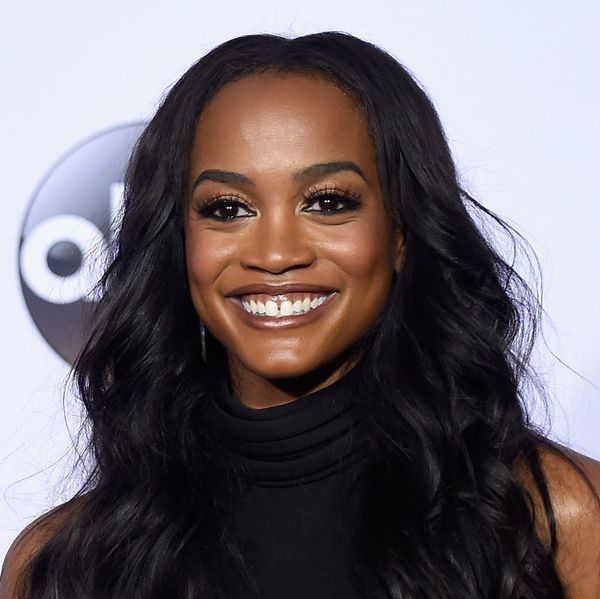 After 15 years, Rachel Lindsay is the first black lead on The Bachelorette. The move toward inclusion has been treated like a huge deal since the moment Rachel’s season was announced but, in 2017, the bigger deal is that it took ABC so long to do in the first place.

No season of The Bachelor or The Bachelorette has escaped criticism, but this one is riddled with so many cringe-inducing possibilities I had a hard time deciding — as a black woman — whether I could watch. With a cocktail in hand, I settled in for the two-hour rollercoaster premiere of potential secondhand embarrassments. The show began by recapping last season’s finale when our new bachelorette is revealed and she meets the first four men participating in her historical season. This is when Rachel, and the world, met Dean. His opening line, you ask?

“I just want you to know, I’m ready to go black and I’m never going back.”

I knew there would be some bullsh-t but I was surprised it began before the first show went to air. Was his first impression intended to be humorous? If so, who were the laughs for? What made him think, “Ah yes, that’s the ticket. This Dean-original will make her mine!” I wanted her to address this specific microaggression, but how do you address something you don’t acknowledge in the first place? Dean reiterates his comment when he meets Rachel again during the show’s premiere. While she was busy boosting his ego telling him she loved it and thought it showed confidence, I was sighing loud and often from my couch. I hoped a learning experience would emerge – tell him she’s flattered and how there’s so much more than meets the eye. Anyone watching who didn’t realize boiling everything we are – our personalities, our interests, our attractiveness – down to a corny line about our skin color would’ve received this subtle yet teachable moment to think before they speak.

The way Rachel reacts to every situation on-camera will be put under a microscope; incidents that may have gotten her back up in the real world may be battles she chooses to ignore on the show. The ‘angry black woman’ stereotype still runs rampant, and it’s one I can personally vouch for. Everyday examples I’ve encountered include being told to calm down when I’ve disagreed with someone, or being immediately labeled as having a bad attitude or a temper regardless of my demeanor. I can’t help but think it’s something Rachel is actively trying to avoid.

I can relate to Rachel’s quest to find love on a personal level, too. Once upon a time, I landed myself on two separate television shows looking for the same (spoiler alert: no love found). Neither of the shows I was on had the reach or magnitude of The Bachelorette, but I understand why she would do whatever it takes to potentially find “the one.” I’m an independent, intelligent, and successful woman who feels like I work twice as hard to get half as far in career, in love, in life. The many beautiful and unique facets of black women continue to be underrepresented and the stereotypes still being served up for mass consumption mean our work never ends.

There’s a lot of importance based on our – black women’s – visibility. Not only for us, but for young people who deserve to see people who look like them thriving. Diversity should be embraced, not feared. Educating the masses is not this show’s responsibility, but this has opened an incredible opportunity to have real conversations and it would be so beneficial to nurture rather than negate them.

So far, the wrong conversations are dominating since the show premiered. Last week, Newsweek published a now-pulled article with this phrase in the headline: “…Rachel Lindsay is proving black women actually do like men outside their race.” It felt like reading: “…Woody Harrelson is proving white men actually can jump when playing basketball.” Being black doesn’t affect who we’re attracted to any more than being white changes the earth’s gravitational pull. But it certainly plays a role in the reciprocation of that attraction. Black women aren’t afforded the same opportunities as white women to be individuals when it comes to dating. This is the most diverse cast in the franchise’s history and yet people seem surprised she would have non-black men as potential matches. Why is this? I’m not going to limit my love, lust, or loins to a select group, and there are many black women – Rachel included – who feel the same.

In our society, black women are often told we are not desirable. Making a romantic connection with someone is hard enough without lacing those odds with being a black woman in this swipe culture that has become the norm. And yet, Rachel refuses to comment on that reality. “Race wasn’t really — no one made me very aware that I was black . . .  It really wasn’t a theme or an issue during the season,” she told the Hollywood Reporter. We are black, Rachel. No one needs to make you aware of that for this fact to remain. “Black” isn’t a dirty word and doesn’t have to be an “issue” for it to be part of the show’s narrative. We’re so happy to see someone who looks like us on this huge platform, and there’s absolutely nothing wrong in wanting to celebrate that.

Arianne Young has a Masters in Non-Traditional Dating Practices with a Doctorate in writing about them. Find her on Twitter @ariannelyoung