Your December Cosmic Forecast, Straight from an Astrology Expert 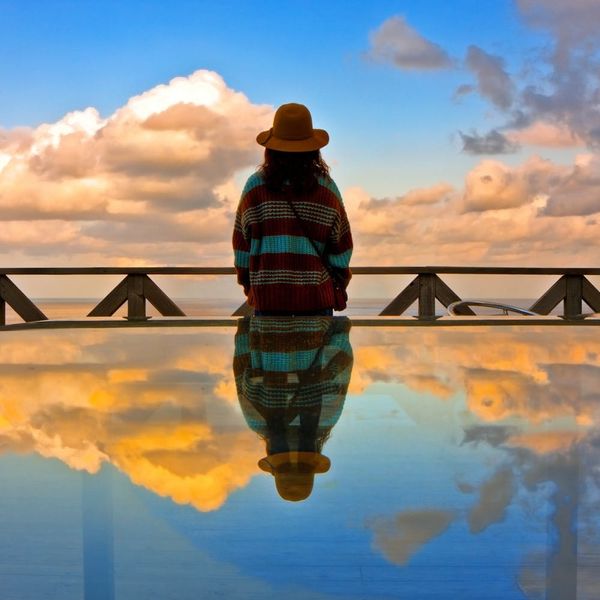 With each new month comes a new set of cosmic events that are sure to shake up our astrological auras. We already know that Jupiter in Libra means major posi vibes in our love lives and that new moon manifestations are the new resolutions, but we were curious what, specifically, the December stars have in store for us. We chatted with our favorite astrologer, Ambi Sitham, to get the scoop on what to expect for the last month of 2016 (other than some seriously sweet candy cane recipes, of course).

The new moon on November 29 will “set the flavor” for the entire month of December, Ambi says. Saturn has been in Sagittarius since 2014, and now that December’s new moon will also be in Sagittarius, Ambi says, “This is a major opportunity to manifest in the areas you feel stuck in,” especially those areas ruled by Sagittarius in your natal chart.

Ambi says that Saturn is “like a cosmic life coach” who “can sometimes make you feel like you’re being punished” by bringing unpleasantness to the surface and forcing you to face your fears. She calls it a “karmic cleansing” and says that if you harness the Sagittarius moon power in a positive way, you can see major transformation this month.

She also says that this new moon in Sagittarius is reinforcing the powers of Jupiter in Libra, so there’s an element of karma and destiny that pervades our love lives next month. Because of this, Ambi says to be prepared for fateful meetings and don’t be surprised to see an increase in those traditional holiday breakups and engagements.

December 13 marks the final full moon of the year — it’ll be in Gemini and is also considered a supermoon, since it will be “very near the Earth,” Ambi explains. A full moon is a cosmic chance to literally write out a release list and give yourself permission to let go of any worries, stress or negativity that’s been holding you back or causing you anxiety.

And while you can totally do a release list specifically for your Gemini-ruled house this month, Ambi suggests using the last full moon of 2016 to do a “major burn and release purge” for everything from 2016 you want to “let go of and leave in the past.” It’s a mindful, intentional way to get a head start on that 2017 fresh start you’ve been waiting for so patiently.

Indeed, Ambi says that “we all need to use December to regroup… to do a personal review of 2016, to ask ourselves what we’ve learned over the past year and use that knowledge to transform” our lives into something even more positive for 2017.

Mercury turns retrograde on December 19 until January 8, 2017, which means the busy holiday season is going to be a “bloody nightmare,” Ambi says. She says to expect more (than usual) technological fails, traveling delays, “freak weather” and communication issues. To combat these Mercury miscommunications, Ambi suggests “leaving extra early” for any travel plans you may have, “do your holiday shopping now,” to “stay flexible” and try to preempt any potential issues by planning ahead.

We’d love to know one positive life change you’d like to manifest in December. Tweet us @BritandCo and tell us what you’re hoping to transform!