This Infographic Will Make You Rethink Multitasking 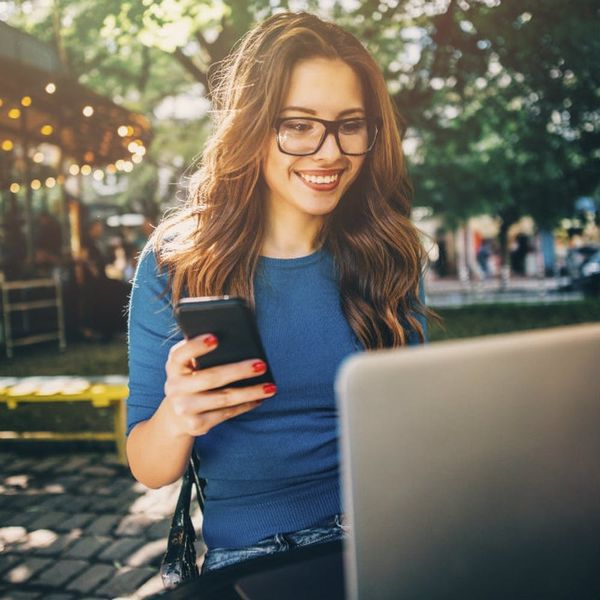 Millennials are a generation of multitaskers. At any given moment, we might be ordering Dunkin’ Donuts from our smartphones while catching up on our favorite fashion podcast, sending work emails and fitting in some desk stretches. And even though the fact that we do all these things at once might make us feel more evolved, research shows that’s not exactly the case. While we might be accomplishing more tasks at once than previous generations, we’re not necessarily doing them well or as efficiently as we could be.

A team of researchers at Bryan College wanted to look at how exactly multitasking is impacting the workforce on a wider scale. They looked at a bunch of studies on multitasking and analyzed two different and common ways millennials work. The first was small-scale multitasking in terms of everyday responsibilities at work. They found that this kind of approach makes us much less productive, and that it actually costs the global economy a cool $450 million per year.

The second kind of multitasking the researchers looked at was larger-scale impulsivity, AKA job-hopping. While during our parents’ generation, it was much more common to work for one company for the course of an entire career, most millennials don’t stay in one job for more than three years. And even though a lot of career experts actually recommend job-hopping, especially at the beginning of your career, the larger-scale effects are actually pretty harsh. The researchers found that losing one millennial employee can cost a company between $15,000 and $25,000, and millennial job-hopping costs the US economy more than $30 million per year. Give the infographic below your undivided attention, and you may be convinced to start solo-tasking.

Yikes! Sounds like we’d all benefit from collectively finding a bit more focus.

Are you a multitasker? Share your thoughts with us @BritandCo!

Kylie Kendall
Kylie is a freelance writer living in Ottawa, Canada. When she's not writing, you might find her scoping out all-day breakfast spots in her city or taste-testing every bottle of red wine under $10.
Productivity
Home News
Productivity science study
More From Home News