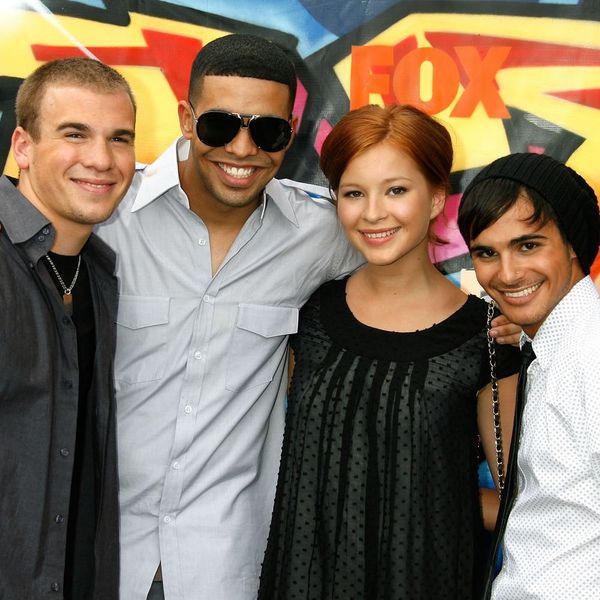 Drake is back with another epic video. The rapper’s latest clip, for his new single “I’m Upset,” features a reunion with his Degrassi Community School class of 2007, and it’s almost too much for our nostalgic hearts to handle.

The video opens with Drake waking up at center court of the Air Canada Centre, the home of the Toronto Raptors basketball team. From there, he gets dressed and heads out to meet up with actor Shane Kippel — AKA his Degrassi: The Next Generation BFF Spinner.

Drake, of course, played Jimmy Brooks on the Canadian TV show from 2001 until 2007. His character was the school’s star basketball player until classmate Rick (Ephraim Ellis) shot him, leaving him in a wheelchair. The “I’m Upset” video pays homage to the iconic scene, showing Ellis being chased down the halls of the famed school. Drake/Jimmy’s wheelchair, however, is nowhere to be seen.

The nostalgic video was directed by Karena Evans, who also helmed the tear-jerking “God’s Plan” clip, and we’re forever grateful to her for this throwback.

What do you think of Drake’s Degrassi reunion video? Let us know @BritandCo!