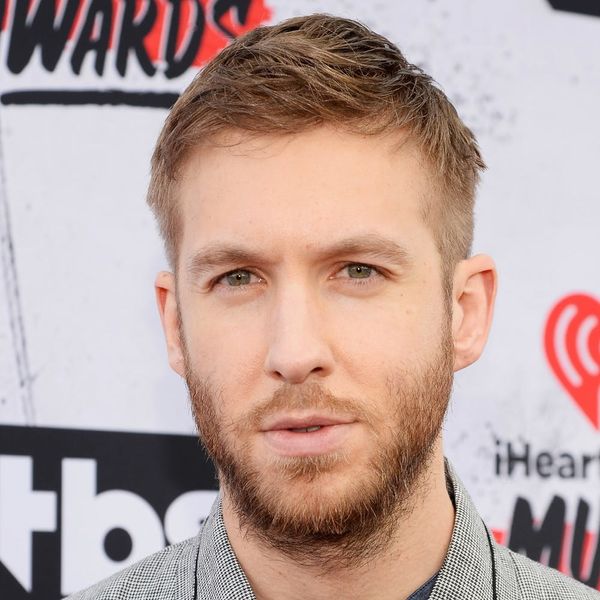 It’s finally happened: Calvin Harris has joined forces with the Wests — or, at the very least, he partied with them!

Taylor’s ex, who has been none too happy with the singer himself as of late, after she claimed credit where credit was due as the co-writer of his hit song “This Is What You Came For,” just showed the world where he stands in the current Snapchat feud between Taylor, Kanye West and Kim Kardashian West by posing for a pic with none other than Kim herself.

We can’t say we’re entirely shocked — Calvin was reportedly spotted lip syncing Kanye lyrics on social media shortly after the drama all went down, and he also may or may not have subtlety pledged his allegiance to team Kimye when he stepped out in a pair of Yeezy sneakers.

The inevitable meeting went down last night and was captured by Khloe’s ex, French Montaya. The rapper posted a shot of himself, Kim, Calvin and JLo for the world to see and make of it what they would.

All four were seemingly on hand for Jennifer Lopez’s 47th birthday party, which Calvin posted about with a video of himself breaking it down with the guest of honor herself.

Happy birthday Jennifer Lopez, legendary icon - and your show in Vegas is next level

“Happy birthday Jennifer Lopez, legendary icon,” he writes, adding, “Your show in Vegas is next level.”

Interesting choice of company, there, Calvin! Considering Taylor is off somewhere in the clouds with her new beau Tom Hiddleston, we’re guessing she won’t be TOO broken up about it.

Are you shocked by Calvin’s latest antics? Tell us over @BritandCo!

Nicole Briese
Nicole is the weekend editor for Brit + Co who loves bringing you all the latest buzz. When she's not busy typing away into the wee hours, you can usually find her canoodling with her fur babies, rooting around in a bookstore, or rocking out at a concert of some sort (Guns N' Roses forever!). Check out all her latest musings and past work at nicolebjean.com.
Kardashians
Celebrity News
Kardashians Taylor Swift
More From Celebrity News