Your Early 2017 Cosmic Forecast Is Full of Positive Vibes 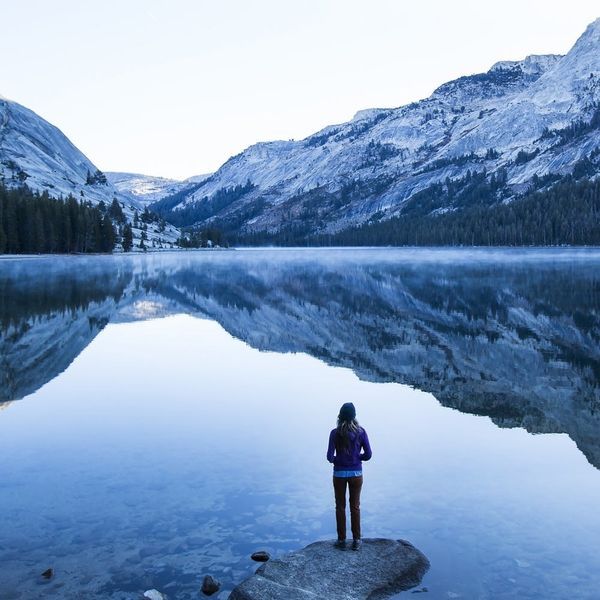 Sure, 2016 brought us the birth of frosé, Beyoncé‘s Lemonade album and the Gilmore Girls revival (we loved it, even if Rory is the actual worst), but the year also saw a whole host of disheartening, tragic and seriously scary series of events— the past year is one many of us are totally happy to say sayonara to in a few short days. Thankfully, between now and April, there are plenty of lunar and planetary events that will encourage major positive change in our lives. We chatted with our favorite astrologer, Ambi Sitham, to get the full astrological forecast for the first few months of 2017.

1. The full moon in Cancer ushers in new beginnings. We’re in the “tail end” of Mercury Retrograde until January 8, which Ambi says is actually an amazing way to start the year. “It gives us extra time to carefully review and reconsider what we really want in the new year,” before actually getting into implementing any resolutions. We’re hoping this means we don’t have to feel guilty this year when we wake up on January 1 with a Champagne headache.

Cancer is a super emo sign, which means the full moon in the sign on January 12 is set to be an intense one. Ambi recommends doing a major release list on this day to let go of any lingering mental or emotional blocks from the past year. She says, “This is an opportunity to connect to your emotions — you can release and heal from anything that is blocking you from being whole.” Leave those lame Tinder dates in 2016, ladies. It’s time for a fresh start!

2. The new moon in Aquarius shifts the focus to giving back. Ambi says to think of the New Moon on January 27 as the real start to the new year, since retrograde (and its shadow) are officially over and new moon manifestations are the new resolutions anyway.

Aquarius is all about altruism, group causes and humanity, making the timing of this new moon (only a week past the inauguration!) totally perfect for some thoughtful manifestations. She encourages us to focus our goals on the greater good — whether that means donating to charity, becoming civically participatory or volunteering your time to your favorite cause.

Basically, Ambi says that Aquarius is putting a “cosmic spotlight” on what we’re doing as individuals to “spread light” and make positive change. “Now is when to align yourself with your soul tribe,” she says. “These are the people you connect with on a soul level” and who will encourage you to be your best self.

“Eclipses come in pairs in opposing signs of the zodiac,” Ambi explains, and February’s two eclipses are our first for the year. Eclipses serve as powerful “cosmic windows” to manifest within, so Ambi suggests focusing on what you’d like to change in the Leo and Aquarius ruled houses of your natal chart to best harness the eclipse energy.

1. The lunar eclipse in Leo spotlights generosity. Leo is the king and his decree is “I am responsible for what I see.” The lunar eclipse on February 10 will highlight our individual responsibility for what’s going on around us — basically, Leo is telling us it’s time to lead by example.

This follows the same theme as our January New Moon. The zodiac is pushing everyone to ask themselves, “What am I doing to help?” and take action in whatever way feels true to who you are as an individual. Ambi reminds us that generosity begets generosity, and once you start giving, you’ll begin to see positive growth and change in your own life as well.

2. The solar eclipse in Pisces encourages ambition. February’s solar eclipse happens to fall on the New Moon, which makes it doubly powerful for your manifestations. Ambi says this is a time to focus on your ambitions and to think practically about the steps you need to take to get where you want to go. If you’re job searching, this could mean literally writing out the aspects of your dream job or making a list of the top companies you want to work for.

But (there’s always a but) on March 2, Uranus will move to oppose Aries. Uranus is the planet of liberation, change and the future. Aries is the sign of independence, freedom and impulsivity. These two together make for quite a restless relationship!

Once the two planets move to “oppose” each other in the sky, it becomes a classic battle of “we versus me,” and Ambi warns that this will “cause friction that creates sudden change” in our relationships. She says to expect breakups, conflict and discomfort, but for good reason. “Sometimes current things have to be destroyed so we can accept into our lives what we really deserve.” It’s basically the cosmos’ equivalent to our moms telling us that “everything happens for a reason.”

2. Jupiter in Libra squares Pluto in Capricorn, and the pursuit of power and love will be front and center. Jupiter is the planet of love, but it’s also the planet that rules money and spirituality. Libra is the sign of the scales, so it is most concerned with fairness and balance. Pluto is the planet of destruction and rebirth while Capricorn is the sign of ambition, status, systems and structure. The effects of this combination are twofold, but both mean that a “forcing of change” is taking place.

In keeping with the theme of the previous planetary events, this squaring on March 30 is pushing those who may have shied away from power and status into pursuing their ambitions in a way that feels authentic to them. Libra’s concern with fairness nudges you to reconcile your ambitions with your spirituality and figure out “how can I be spiritual and benevolent while perusing power and abundance?”

Secondly, this means a “face-off between the real meaning of love and what society says it should look like,” Ambi explains. She suggests taking this time to determine what you really want out of your relationships, whether with friends, family or romantic interests. Are you in your current situation because it’s what makes you happy or because external influences have pressured you to follow this path? If the latter is the case, Ambi says now is the time to dismantle those relationships and pursue your truth, however that may look — the universe has your back.

Positive vibes all around

Ambi has adopted this quote from Desmond Tutu as her 2017 theme: “Do your little bit of good where you are; it’s these little bits of good put together that overwhelm the world.” Of course, this feels particularly prescient as we head into the new year with so much uncertainty ahead of us — which, honestly, can be a bit overwhelming. But Ambi reassures that over the next few months, it is obvious that the cosmos are conspiring to help those that feel powerless “step into your own unique role to help heal the world.”

What are you most looking forward to in 2017, astrologically speaking? Tweet us @BritandCo and let us know!