Yay! All That Chocolate You’re Eating Is Making You Smarter 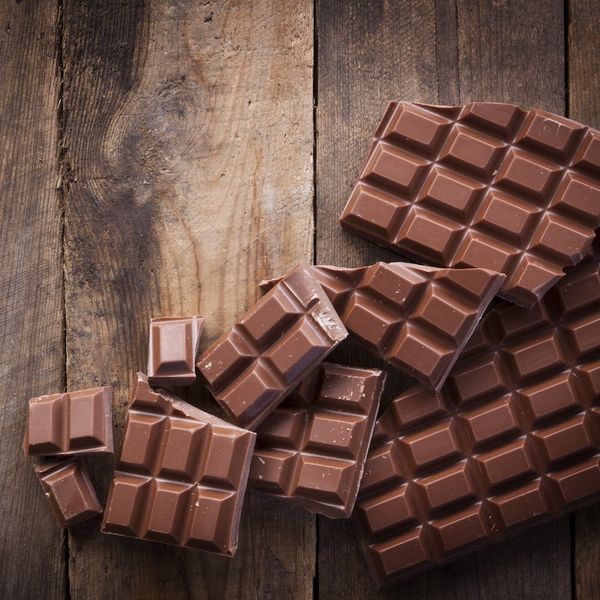 Many of the best things in life are dipped in chocolate. After all, Valentine’s Day wouldn’t be the same without the supposed aphrodisiac, and Forrest Gump would certainly suffer if he didn’t have a box of it. Sometimes, we feel a little guilty about indulging in it, but here’s some good news that will make chocoholics rejoice: A recent study published in Appetite journal shows that chocolate intake has been linked to increased brain function. Yes, chocolate makes you SMARTER.

If that doesn’t make all that chowing down on your favorite treat feel justified, we’re not sure what will. According to the study, “In 2009, 7.2 million tons of chocolate was consumed worldwide.” Whoa, that’s a lot of chocolate. The study was conducted by a group of researchers using data from an MSLS, or Maine-Syracuse Longitudinal Study. The scientists observed 968 folks from ages 23 to 98 and the info on their heart health, brain function and more.

The scientists also state, “The cardiovascular benefits have been well established from dietary intervention trials showing improvements in insulin sensitivity, blood pressure, endothelial function, and cerebral blood flow.” Yep, chocolate intake has long been associated with cardiovascular health (yay!). But this study is all about the brain.

Flavanols, a subgroup of flavonoids, are “naturally occurring polyphenolic compounds present in plant-based foods,” found in everything from tea to wine to grapes — and they are particularly rich in cocoa. The study reports, “Benefits to information processing speed and working memory were observed in these studies within hours of consuming cocoa flavanols or dark chocolate.”

Naturally, the darker the chocolate is, the higher the level of flavanol. The good news is not only do high-doses of flavonol intake over a period of time potentially slow mental deterioration, but they can also be used to boost your alertness during the day. Bye bye, coffee. Hello, dark chocolate!

Kimberly Wang
Kimberly Wang writes about all things pop culture, tech, style, and beauty. She's a Bay Area transplant and has an MFA in Creative Writing from Columbia University. On a sunny New York day, you can find her hanging out with her mini schnauzer Isabelle Jellybean on a blanket in Central Park.
Chocolate
Dessert Recipes
Chocolate study
The Conversation