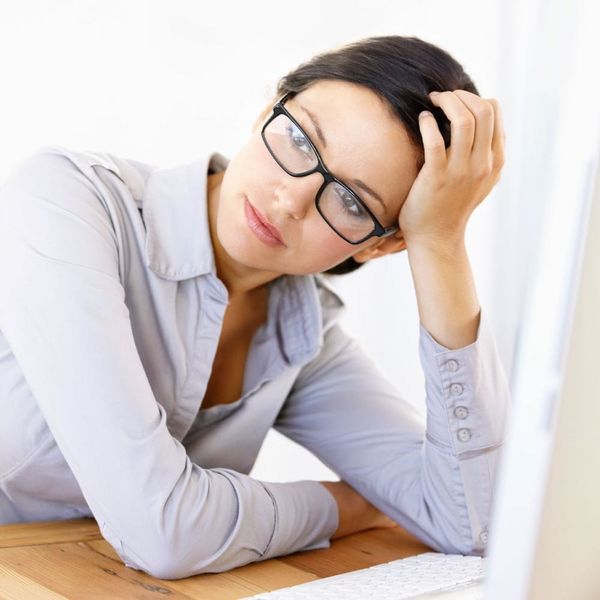 It’s no big secret that women are getting the short end of the stick in terms of wage equality, with the US Census Bureau quoting that women make less than 78 cents to every dollar a man makes at the same job. Although tons of our favorite girlboss celebrities have spoken out about it — from Amanda Seyfried to Jennifer Lawrence — the problem still persists, especially in jobs like finance and medicine, according to Fortune. But what about jobs online? Surely jobs on the Internet, where gender is often much easier to conceal, would have a lesser wage gap, right?

A new study published in Science Advances argues the contrary. Despite practical measures of identity concealment, female sellers on eBay still get paid roughly 80 cents to every dollar a man makes when selling the exact same product.

In order to make the link between gender and pay equity, the researchers first tested whether or not gender was even apparent to random buyers on the popular e-commerce site. They asked 400 participants to guess the gender of 100 eBay sellers based on all the information provided on their homepages, including markers like the seller’s name and what type of products they sold. Overall, the participants guessed the correct gender 56 percent of the time and chose incorrectly nine percent (the remainder felt they could not discern the seller’s gender based on the information available), meaning the majority of the sellers’ genders was apparent, even if not expressed outright.

After narrowing down their search to 420 of the most popular products auctioned on eBay, such as new iPods, the authors tested whether or not a female merchant selling the exact same product received less money than their male counterparts. For used items, the gap between women and men sellers was insignificant: Female sellers only received approximately three percent less on average.

However, for new products, the difference was substantial. Women received only 80 cents for every dollar that men got for the same new product. Suspecting that the wage difference might have something to do with how women and men differ in describing the product, the authors then performed a computer analysis on the titles and subtitles of the eBay listings, searching for positive and negative keywords. Although there were different sentiment patterns between the genders, once they controlled for these sentiments, the gender gap was still relatively the same.

Although this study is kind of a bummer for all of us, it’s a great reminder that the problems we face in real life transfer almost directly to the online world. Luckily for us, as feminism becomes more accepted on a broad scale, one of the most powerful tools we have to conquer the wage gap is making the details of the problem, like this study, readily available to everyone.

Whether it’s chatting with your friends about feminism, taking the stigma out of discussing the number on our paychecks or just choosing more carefully where to spend your money online, we can all make our communities a little more equal one click at a time.

Have you experienced the wage gap online? Tweet us your thoughts by mentioning @BritandCo.

Ashley Macey
Ashley Macey is a lifestyle freelance writer who loves all things fitness, wellness, and creativity. When she's not exploring her home in the Pacific Northwest with her dog Max, you'll probably find her curled up with a good book and some hot tea. Follow her daily jaunts on Twitter.
Feminism
Tech
Feminism study
More From Tech