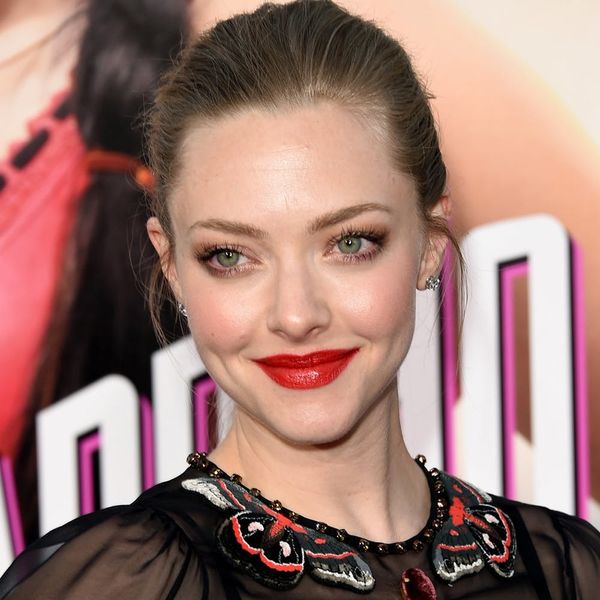 The gender wage gap has been receiving some major attention as of late – and rightly so. The Status of Women report released back in May revealed that in most states women make 78.3 cent for every dollar a man makes. Over in Philadephia, one artist was so taken by the issue she opened a pop-up shop where women only had to pay 66% of the retail price (in Philly women make 66% less than their male counterparts). To remind us just how prevalent the wage gap is, Amanda Seyfried just revealed some super upsetting numbers about how much she made for one of her previous roles.

While chatting with the UK publication, The Sunday Times, Amanda revealed that she was paid a mere 10% of what one of her prior co-stars made. Wait, WHAT?! She doesn’t reveal the name of the actor or what movie this was (though she does say it was a big budget film), but she explains that the two were pretty even in status.” It has been speculated she could be referring to her co-stars Eddie Redmayne (in Les Misérables), Channing Tatum (in Dear John) or Justin Timberlake (in In Time), but Seyfried hasn’t confirmed anything.

She goes on to say, “I think people think that just because I’m easy-going and game to do things I’ll just take as little as they offer. It’s not about how much you get; it’s about how fair it is.” Seyfried brings up a great point here. The gender wage gap has become a hot issue in Hollywood, where salaries aren’t exactly comparable to the rest of the working world. Jennifer Lawerence recently made headlines when it was announced that she will be making 60% more than Chris Pratt who will be co-starring with her in an upcoming film. At first it may seem super greedy for celebrities to be demanding more than the already generous amount they get paid, but it’s important to remember the issue isn’t so much about the millions made but rather being paid fairly for the amount of work done. Just because you’re a woman doesn’t mean your work is worth any less.

How does the gender wage gap affect you and your career? Share with us in the comments below.