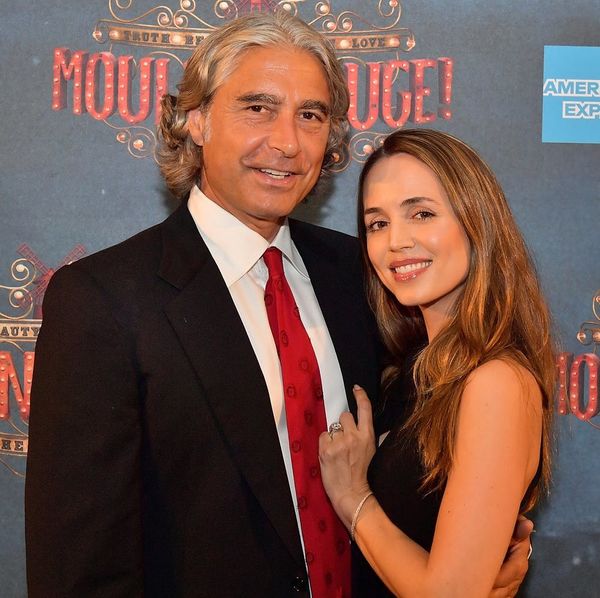 Eliza Dushku is officially off the market! The Buffy the Vampire Slayer alum just revealed that she secretly married real estate exec Peter Palandjian in August.

The ceremony appears to have taken place in the evening in the iconic landmark’s beautiful courtyard. Dushku captioned the slideshow of pics with just two emoji hearts and the date of the big day, August 18, 2018.

She also shared a few snaps from the city’s monthly Boston Bike Party, including one of her and her husband sharing a kiss on a tandem bike, as well as a photo of the couple posing beside the giant heart statues at the DeCordova Sculpture Park and Museum in nearby Lincoln, Massachusetts.

Dushku first revealed the exciting news of her engagement in June 2017. Like the ceremony, the announcement featured several nods to the couple’s shared Massachusetts hometown. “#Ayo..! ‘YES!!’ Absolutely, my love,” she wrote on Instagram at the time, alongside a sweet photo of them holding hands. “#BostonBorn #BostonBred #BostonSoonToBeWed.”

The proud Boston couple have kept their relationship relatively low-profile. This is the first marriage for Dushku and the second for Palandjian, who has four children from his previous marriage. Congrats to the happy couple!

What did you think of Eliza and Peter’s wedding pics? Let us know @BritandCo!