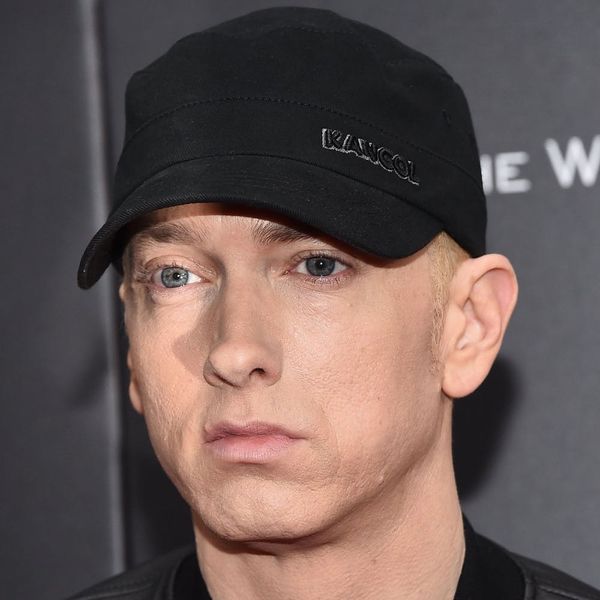 Since its release in 2002, Eminem’s “Lose Yourself” has been the inspiration for countless lip-sync sessions. The Oscar-nominated track, which first appeared in the rapper’s film, 8 Mile, has been covered by everyone from Michael Phelps to Daisy Ridley, and, more a decade later, it’s still going strong. Now, the real Slim Shady himself is paying tribute to one of the track’s most famous, meme-inspiring lyrics — “mom’s spaghetti” — with a pop-up shop that actually serves the famous dish!

To celebrate the release of his ninth studio album, Revival, the Detroit native has returned to his hometown to open a weekend-long pop-up shop at local music venue The Shelter. The mini shop, which is open from 10am to 5pm today and noon to 5pm tomorrow, is selling all kinds of exclusive merch, but there’s also food up for grabs.

Detroit! Come vomit up some spaghetti with me this weekend at our official #Revival pop up. Exclusive merch, spaghetti and more pic.twitter.com/rL0GHhrh9u

The 45-year-old took to Twitter to make the hilarious announcement, showing a price board listing the entree, which you can grab for just $5 ($8 if you want to add meatballs). “Detroit! Come vomit up some spaghetti with me this weekend at our official #Revival pop up. Exclusive merch, spaghetti and more,” he joked, referencing the viral line from the song’s first verse.

On hand for the opening, Marshall Mathers met with fans and signed autographs as hungry shoppers indulged in the hearty lunch they’d been hearing about for 15 years. Apparently, it didn’t disappoint, with Instagrammer Stephen Caladiao proclaiming it “some of the best spaghetti and meatballs I’ve ever had.”

No way I’m vomiting this spaghetti on my Christmas sweater. Some of the best spaghetti & meatballs I’ve ever had. I felt like I was here supporting an old friend, who happens to be one of the best rappers in the world. #revival 🍝🍝🍝 @eminem

Prepared underneath a pink neon sign, the treat is being served up in a cute branded box stamped with a heart and the words “Mom’s Spaghetti,” and comes with a side order of good ol’ grilled cheese.

Anyone else feeling hungry right about now?