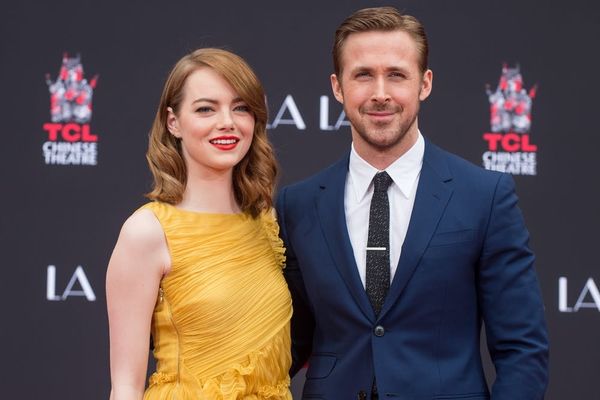 After starring in three films together, Emma Stone and Ryan Gosling are right up there with Kate Winslet and Leonardo DiCaprio as one of our favorite friend pairings in Hollywood. They’re great on screen, of course, but it’s their real-life bond that really gets us — they’re constantly talking each other up, even when they’re not working on anything together.

Case in point? During a Q&A at the Telluride Film Festival in Colorado, where La La Land director Damien Chazelle presented Stone with a medal to honor her prestigious career, the actress spoke about the close relationship she’s formed with Gosling over their three movies, La La Land, Gangster Squad, and Crazy, Stupid, Love.

“I can’t even imagine what my life would be without Ryan,” she said, according to Entertainment Tonight. “He’s so special. It makes me emotional. He’s so talented but he’s such a great person to work with because he’s so collaborative and excited about the process. He’s taught me a lot about being really generous.”

Stone also gushed over Gosling, whom she calls a “dear, wonderful friend,” when she spoke to ET at La La Land‘s Venice Film Festival premiere back in 2016. “He’s so genuinely funny and such a good — I keep calling him teammate, but he is!” she said at the time. “He’s a good teammate. He’s really fun to act with and hang out with. … He’s the best!”

“We really hit it off,” she added. “We’ve been just pals ever since. He is a wonderful person, but also an incredible actor. It’s a lucky thing that we get to do three [movies together]. It’s not bad.”

Gosling feels just as warmly about Stone. “Emma Stone is just, like, constantly opening Christmas presents,” he told ET at the time. “There’s nobody like her.”

Who’s your favorite friend pairing in Hollywood? Tell us @BritandCo.