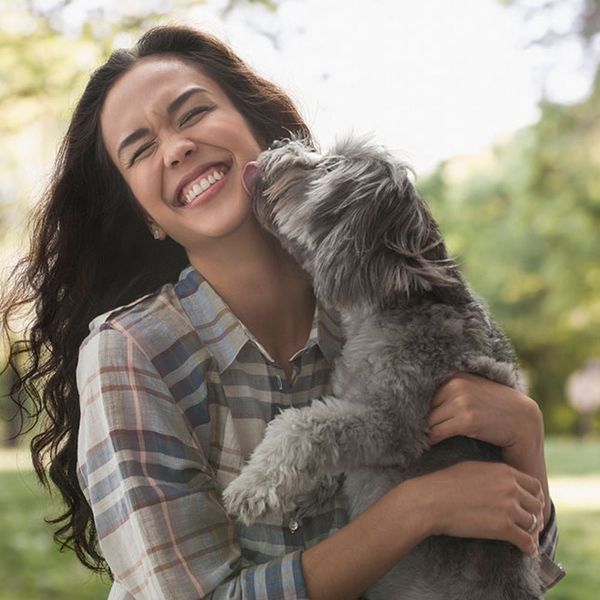 If you thought armrest hogs were the worst neighbors to have on a flight, try sitting next to an actual hog. Lately the news has been full of stories of people trying to take their emotional support animals (ESAs) — from pigs to peacocks — on planes. According to a BBC article, United reported a 75 percent increase in requests to board ESAs in the last year, and after complaints from other customers about bad smells and bad behavior, airlines are starting to crack down. But behind the bad press, what are the benefits of emotional support animals? And what are your rights if you have one? Here’s what you need to know.

What Is an Emotional Support Animal?

While the headlines have proven that emotional support animals can be any animal, they’re usually dogs. As the name suggests, they act as support for people with mental health conditions, such as anxiety or depression. While many owners of support animals will make sure they have some obedience lessons, the animals do not have to go through any specific training. The essential difference between a pet and an ESA is that the owner of an ESA has been diagnosed with a mental illness that can be aided by having an animal companion.

What’s the Difference Between an Emotional Support Animal and a Service Animal?

Service animals, like guide dogs or hearing dogs, are specially trained to respond to their owner’s specific physical or psychological needs. This training can be done through a school or a course, or by the owner themselves. Also, while ESAs can be any animal, service animals are almost always dogs, although miniature horses are increasingly being used as guides for the blind.

Mary Beth Cooper, founder of the website With Anxiety in Tow, is a board member of the Central Illinois Center for the Blind and Visually Impaired and also has her own emotional support dog, a 10-year-old miniature poodle named Gabbana. She explains, “Many of our patrons have guide dogs, who are considered service animals. We cannot pet them without the owner’s consent, and usually do not pet them because they are performing a job. An emotional support animal is a completely different concept. I suffer from debilitating anxiety, and my emotional support dog Gabbana comes with me to certain dog-friendly stores that seem to be panic triggers. She is not formally trained and is not expected to be so.”

Unlike service dogs (and horses), ESAs are not covered by the Americans with Disabilities Act (ADA), which ensures that disabled people can bring their service animals into any public places. So while businesses are required to allow a person to bring their guide dog with them, for example, they don’t currently have to allow people to bring in their ESAs. Employers, however, are required to make “reasonable accommodations” for both types of animals.

Who Could Benefit from an Emotional Support Animal?

Although ESAs serve different needs from service dogs, there’s a place for both of them. A recent study that interviewed people with severe mental illnesses such as schizophrenia and bipolar disorder found that having a pet provided them with “ontological security,” meaning it was a source of stability and continuity and gave them a sense of purpose and perspective. As Ben Williamson, Senior International Media Director at PETA points out, “One in four people will experience at least one diagnosable mental health problem within their lifetime, and that number is rising. People with mental health problems often find it hard to talk to doctors or other humans, and sometimes all they really need is a companion they can love and look after — something that will always be there for them.”

How Do You Get an ESA?

If you have been diagnosed with a mental or emotional disability, speak to your mental health care provider about how an ESA could help you. There is no legal requirement to register your pet as an ESA, so be wary of any websites offering this service. However, it is a good idea to get a letter from your therapist or doctor that confirms you have a relevant condition (no need to disclose what it is) and that a medical professional has “prescribed” your ESA. This can be helpful when dealing with employers, people who don’t understand why your pet is with you, and landlords, who, under the Fair Housing Act, cannot deny you housing because you have an emotional support animal. Make sure the letter is on official letterhead, and also has the practitioner’s license number, contact details, and the date, and get a new one every year.

Although ESAs are not legally required to have training, keep in mind that not all pets are cut out for the job. “Some dogs are a terrible fit for this role,” Cooper explains. “An emotional support animal is expected to behave. Know the disposition of your pet, and train them through general obedience classes. Make sure he or she does not jump on people or bark incessantly. Be sure that he or she is appropriately potty trained. And, if you’re planning on taking your emotional support animal on a plane, expose him to the sound of the plane ahead of time.”

How Do You Travel With an ESA?

Despite the headlines, people who need their emotional support animals should still be fine to travel by airplane with them, provided they bring correct documentation.

Both emotional support animals and service animals are protected by the Air Carrier Access Act (ACAA). This is a federal law that requires airlines to allow people with an ESA or service animal to travel with their animal without paying extra, provided it can fit under the seat or on the owner’s lap.

This sounds simple, but since there is no registry for either type of animal, or a legal certificate to confirm that a service dog has had specific training, it can be hard for both types of owners to prove that they need the animal.

For owners of ESAs, all airlines require a letter or specified form from a medical professional (including therapists) to verify that the owner has a diagnosed (but not necessarily specified) mental condition that requires the animal to be present. In response to the increase in owners requesting to bring their ESAs on planes, major carriers including Delta, American Airlines, United, and JetBlue will also ask ESA owners to supply additional forms and/or documentation 48 hours before the flight. Usually, these include a form or letter from the owner that takes liability for the animal’s behavior, and a form or letter filled in by their vet to confirm that the animal is up-to-date on vaccinations. Make sure you check your airline’s website for specific instructions well in advance of your departure. If the flight is over eight hours, you may also need to confirm that your animal will either not need to go to the bathroom, or can do so hygienically.

Under the ACAA, airlines do not have to transport reptiles, rodents, ferrets, or spiders, but some airlines have extended the list. In May, American Airlines released a longer list of unwelcome species, including goats, amphibians, animals with horns or tusks, sugar gliders, hedgehogs, and non-household birds, which will be effective beginning July 1. JetBlue followed suit in June with a list of their own, and starting July 10, Delta will no longer accept “pit bull type dogs as service or support animals” and will enforce a limit of one ESA per customer per flight.

While many people legitimately benefit from the presence of their ESA, the influx of passengers claiming mental health issues in order to travel with a pet has meant airlines have to find ways to determine who has a real need. Mental health is often still treated as secondary to physical health, which alienates and upsets people who know that they’re greatly helped by their ESAs. But hopefully, these new rules, intended to make sure only legitimate ESAs are allowed on planes, can prevent stigma against the people who need their animals’ emotional support.

Do you have an emotional support animal or service dog? Let us know @BritandCo.

Natasha Lavender
Natasha Lavender is a Londoner living in Chicago, and is fluent in British and American. She writes about pop culture, health, lifestyle, feminism, fashion, and interviews with interesting people, and has previously worked for Good Housekeeping magazine, Buzzfeed, and Hello Giggles. She loves podcasts, running, reading, dogs and cats equally, and peanut butter anything.
Mental Health
Health
Mental Health Pets Travel
More From Health