True or False: Computers Are Better at Understanding Emotion Than Humans? 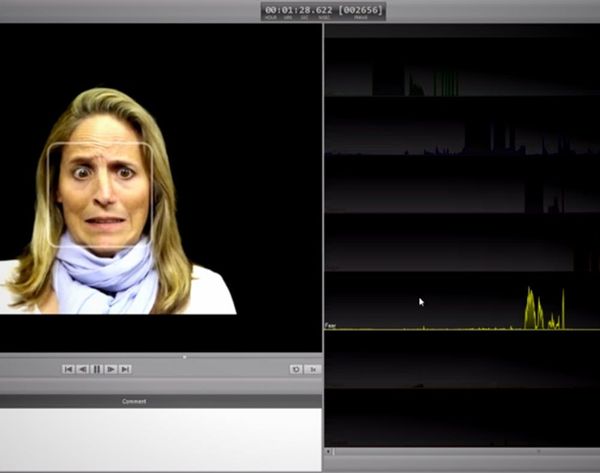 Pop quiz time! Soo, what do you think — computers are better at understanding emotions and recognizing pain than we (humans) are. True or false? Ugh, true.

For the first time, computers are actually besting us at the ol’ perceptual process. It’s not entirely our fault, researchers have trained computers to be a lot better than humans at reading pain using facial recognition software and algorithms. And here we all are just sitting around trying to find crude symbols that express our emotions and texting simple pictures at each other like cave people.

In a recent study, researchers showed 170 people and a computer program the same footage of people expressing pain. Some were actually feeling it and some were faking it. The humans were able to figure out the fakers about 55% of the time. The computer, on the other hand, er, mouse was able to see when emotion was being faked about 85% of the time.

Scary news for you, good news for folks like Marian Bartlett who is one of the founders of Emotient, a company that recently released an app for Google Glass that decodes facial expressions. With Emotient’s software, your device could study people’s faces to detect joy, sadness, surprise, anger, fear, disgust and contempt, blends of different emotions and positive or negative sentiments.

Affectiva is another company with a similar software, Affdex that analyzes people’s reactions through webcams while they’re watching videos. It feels a little Big Brother, yeah? But it’s being offered up as a tool for marketers to measure what people think of their sales pitches or how they respond to their brands. It could be useful for running virtual focus groups too. And we’re sure a daytime talk show like Jerry or Maury wouldn’t mind getting their hands on this tech…

While we’re still a little ways away from being able to scan folks with our phones in person, you’ll see this technology sooner on Facebook, which recently bought up Israeli facial recognition company Face.com. It’s not going to help you pick pictures apart to reveal whether or not your ex is really happy with his new GF, but it could suggest who to tag in photos you upload on its app. And, most likely, it’ll be correct.

When you hear “facial recognition software,” what do you think? Would you want it on your phone?

Lisa Raphael
In her past professional lives, Lisa has served the masses as the Editorial Director at Brit + Co, Bieber Whisperer at J-14, Golden Girls Fan Club Prez at Lifetime and Talk Show Host Understudy to Katie Couric. Now, she's taking on the sports world at The Relish, teaching Hairography 101 in her spare time and will forever be trying to fill the hole Zayn Malik left in her heart.
Facebook
Tech
Facebook