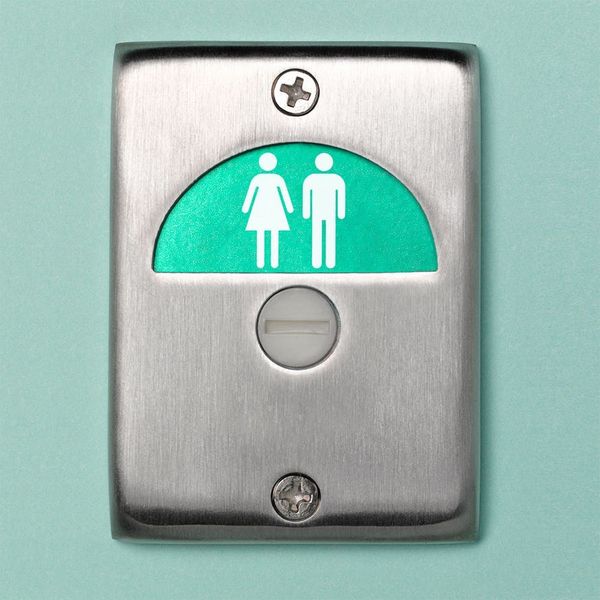 Another controversial action by President Trump’s team, another federal judge who’s fighting back. But this time around, the issue relates not to immigration policy but, rather, transgender students. Yesterday, a federal judge ruled that three trans students in Pennsylvania can use whichever gendered school bathroom they identify with most.

If you’re behind on the news, here’s a rapid-fire update on what’s going down: Late last week, Trump announced his team is retracting protections issued by President Obama which allow transgender students to use the bathroom they choose. A joint statement from the Justice and Education Department now says individual states can decide how to handle the issue in schools. Note: Unlike Trump’s travel ban, this is not an executive order. It wasn’t a federal law when Obama imposed the protections either, but it did come with a low-key ultimatum: Comply with the guidelines or potentially lose federal funding. Now, states are free to make their own choices without that threat. But many are worried that these new guidelines will bring harm to students who reside in traditionally conservative states.

For three students in a Pennsylvania high school, this fight is nothing new. High school seniors Juliet Evancho, Elissa Ridenour, and a transgender boy referred to as A.S. filed a federal lawsuit in October, claiming their school district’s newly revised bathroom policy was unconstitutional and discriminatory.

Before last September, Pine-Richland School District allowed students to use the bathroom that matched their gender identity. But after a 5-4 vote last fall, new restrictions were put in place. Now students are required to use restrooms that match the sex they were assigned at birth. Alternatively, they can use a unisex bathroom or the private bathroom in the nurse’s office.

Here’s where a federal judge comes in. Five days after the Trump administration essentially backed the Pennsylvania school district’s decision, US District Judge Mark Hornak ruled that the three transgender students involved in the case can use whichever bathroom they identify with. Hornak’s ruling comes in the form of a preliminary injunction against the district. The final verdict of the case is still out, but according to Hornack, the students “demonstrated a likelihood of success for their claim.” And so, this measure should continue to protect them until that is finalized.

It is worth noting that one of the students involved in the case, Juliet Evancho, is the older sister of Jackie Evancho, a 16-year-old singer who sang the national anthem at Trump’s inauguration. After last week’s policy shift, Jackie tweeted at Donald Trump and proposed a meeting about transgender rights.

. @realDonaldTrump u gave me the honor 2 sing at your inauguration. Pls give me & my sis the honor 2 meet with u 2 talk #transgender rghts ❤

This sequence of events — a controversial action prompted by team Trump followed by a federal judge fighting back — has become the new norm for the administration. And whether Trump’s recent guidelines and executive orders are concerning to you or not, this should come as a welcome process — it’s proof that the checks and balances of our government are still working (case in point: when Trump’s travel ban was blocked by the Court of Appeals earlier this month).

We’re a country that’s deeply divided, with many dubious of Trump’s radical decisions. If you’re on board with some of these changes, consider the recent actions of federal judges an added verification step confirming that these new procedures are, in fact, constitutional.