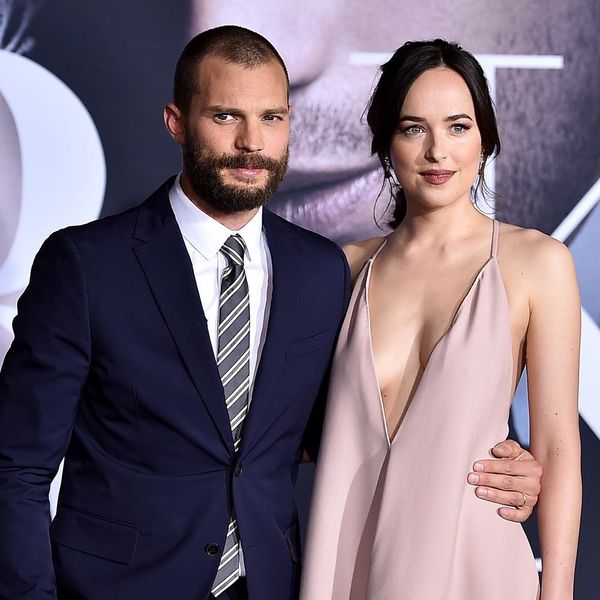 “Hello all. I’m delighted to let you know that Darker: Fifty Shades Darker As Told by Christian will be published in the US and UK on 28th November 2017,” James wrote on Instagram. “Other territories to follow. I do hope you enjoy it. Much love.”

Hello all. I'm delighted to let you know that Darker: Fifty Shades Darker as told by Christian will be published in the US and UK on 28th November 2017. Other territories to follow. I do hope you enjoy it. Much love. #FiftyShades #Darker #ChristianGrey 💄

When James released her first Christian Grey POV story back in 2015, the author noted in a statement, “Christian is a complex character and readers have always been fascinated by his desires and motivations, and his troubled past. Also, as anyone who has ever been in a relationship knows, there are two sides to every story. It’s been a great pleasure to return to my happy place-writing, being with Christian and Ana in their universe, and working with the fantastic team at Vintage.” (Vintage is the publisher that took a chance on some Twilight fan fiction and turned it into its own zeitgeist.

As for this sequel within a sequel, James said she enjoyed digging deeper into the character played by Jamie Dornan on-screen. “The inside of Christian Grey’s head is a fascinating place to be,” she said in a statement to Entertainment Weekly. “In Grey we got the first glimpse of what makes Christian tick, but in Darker we go deeper, into his most painful memories and the encounters that made him the damaged, demanding man Ana falls in love with. Writing this novel has been a journey of discovery, and I hope readers will find what I’ve learned as compelling as I did.”

Christian Grey has been a polarizing character in film and fiction. While fans of the series argue that he’s a passionate, romantic character, many have pointed in the past to his abusive tendencies.

In an analysis of the first book (and subsequent film), researchers said the relationship was based on intimate partner violence, meaning emotional abuse and coercion were present in every single interaction between Ana and Christian. With James hoping to delve into Christian’s abusive past, some have wondered whether the author will address some of this criticism.

We’ll see on November 28, when the book is released by Vintage.

Do you love or loathe the Fifty Shades series? Tell us @BritandCo!

Kat Armstrong
Kat has been a writer, social media maven and mom for longer than she's willing to admit. She's also spent time in front of and behind the camera, interviewing celebs, politicians and acting as a producer for fashion and artistic photography shoots. When she isn't writing for various orgs and publications, she's hanging with her kids, husband and French Bulldog, Peter, in Toronto, Canada.
Books
Pop Culture
Books