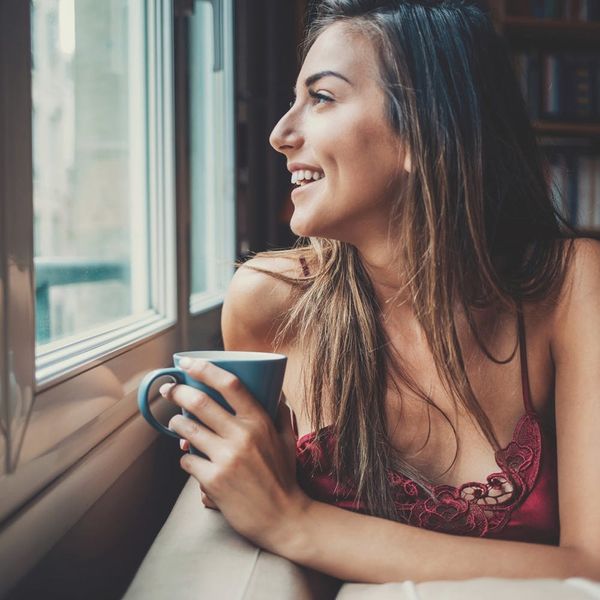 Whether you’re trying to make an open relationship work, vowing to stop comparing yourself to others on social media or looking for a boo who’s your financial soulmate, there are tons of specific ways to take your relationship status on Facebook from “in a relationship” to “in a really freaking awesome relationship.” One of these ways is to find out your emotional intelligence, a term coined in a study by Dr. John D. Mayer.

How to tell if you’re emotionally intelligent

According to the study, emotional IQ is “the capacity to reason about emotions and emotional information, and of emotions to enhance thought.” Basically, it’s the ability to solve emotion-related problems.

1. Perceiving emotion. Do you have a knack for knowing how someone is feeling just by his or her facial expression? If so, you’re probably great at perceiving emotion, which, according to the study, is a “crucial starting point for more advanced understanding of emotions.”

2. Using emotions to facilitate thought. Humans subconsciously respond emotionally to many stimuli — and some humans are particularly good at translating that response into cognitive thought. For example, if someone at work makes an emotionally intelligent person angry, that person might calmly analyze their anger and facilitate a productive discussion with their coworker.

3. Understanding emotions. Emotions can be hard to wrap your mind around at times. However, people with a high emotional IQ can not only identify what emotion they’re feeling, but can also recognize the actions they’ve taken or are thinking about that are influenced by that emotion. This skill will keep you from doing anything too nutty.

4. Managing emotions. Since emotions are inherently involuntary, they’re also inherently hard to control. While we’ll never have complete agency over our emotions, the ability to create an “emotional comfort zone” can lead to self-regulation, which is essentially the ability to manage your own feelings.

Why emotional IQ matters in relationships

Emotional intelligence plays a HUGE role in the way we relate to others. Although it affects just about everyone you interact with, those in your innermost circles — such as family, friends and your S.O. — reap most of the positive and negative energy when it comes to how you manage your emotions.

But whether you’re high or low on the emotional IQ scale, the study points out that knowing your emotional intelligence is even more important than having a lot of it. Know thyself (and thy emotions). It’s definitely something to think about next time you get really upset at your boss or boo.

Has your emotional IQ affected your relationships? Let us know @BritandCo!