5 Signs You’re With Your Financial Soulmate 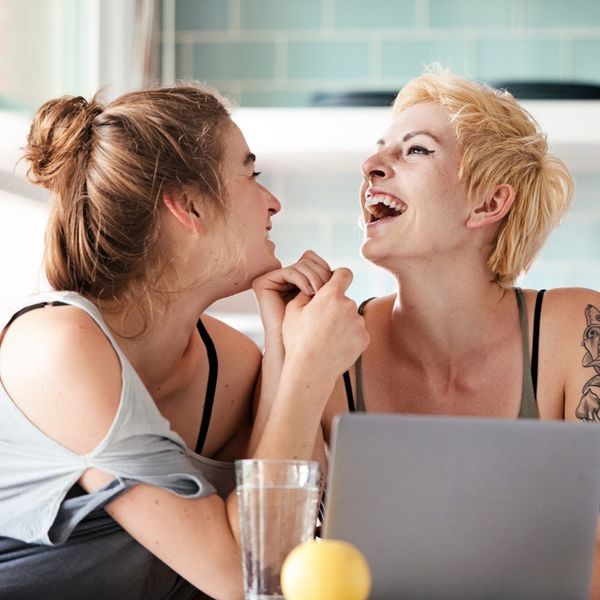 You and your S.O. have gotten over the moon-eyed honeymoon phase and you’ve started talking about the two big M’s: moving in together and getting married. Totally exciting and totally terrifying. The next new phases of your relationship definitely demand you put all-cards-on-the-table, with both of you opening up about parenting styles, aging parents and, of course, money. The sticky subject has long been cited as one of the leading causes of divorce (even though millennial divorce rates are down), in part because couples weren’t upfront about their financial habits. It’s an uncomfortable subject, but it’s also so necessary you make sure your boo has healthy money habits before you move ahead. That’s why we’ve asked Dara Luber, senior manager of investment products and retirement at TD Ameritrade, to share five signs that you’re with a financial keeper.

1. They’re ambitious. Dara suggests to reframe any expectations about living the luxe life. Instead of asking yourself “Is this person rich?” ask “Is this person ambitious?” to make a long-term assessment of their financial future. She says that “People who are fueled by ambition to work hard are likely to come out on top and make their dreams a reality.” Sounds like a winner already.

2. They’re financially independent. While there’s nothing wrong with receiving financial support from family members as an adult, “You deserve a grown-up partner who takes finances into his or her own hands,” Dara says. If you’re thinking about settling down with someone, you’ll no doubt want to keep your finances private — not shared with their parents!

3. They’re communicative. You want someone who is willing to have those awkward money conversations with you — and someone who is honest with their own financial past. Having credit card debt isn’t a deal breaker, but it’s definitely a red flag if your S.O. keeps cagey about their financial affairs. Similarly, “You’ve found a keeper if he or she avoids passing judgement on your own financial situation,” says Dara.

4. They’re organized. “A partner with clear goals is more likely to stay on track financially and is mastering delayed gratification — a key to financial success,” Dara explains. So if your love has been saving for a house, slaying their student loans or is set to retire early, you may have reached soulmate status.

5. They’re honest. “Financial infidelity can be as damaging to a relationship as a romantic betrayal,” warns Dara. She says to make sure they’re not inflating their worth or hiding major purchases. Additionally, you want to make sure they’re on board with how you spend your own money, so that you’re not keen to hide anything either (ahem, those designer shoes you couldn’t pass up).

Have you and your S.O. had the money talk? Tweet us @BritandCo and tell us how it went. For more info and adorable advice about money, check out TD Ameritrade’s Age of Wisdom Videos!

Megan Parry
Megan Parry is a lifestyle writer living in Philadelphia where she's making generous use of her library card, obsessively reading friends' natal charts, and learning how to differentiate between "dried apricot" and "juicy apricot" notes in wine.
money
Relationships
money
More From Relationships