For Congressional Candidate Ann Kirkpatrick, the Fight for Health Care Is Personal 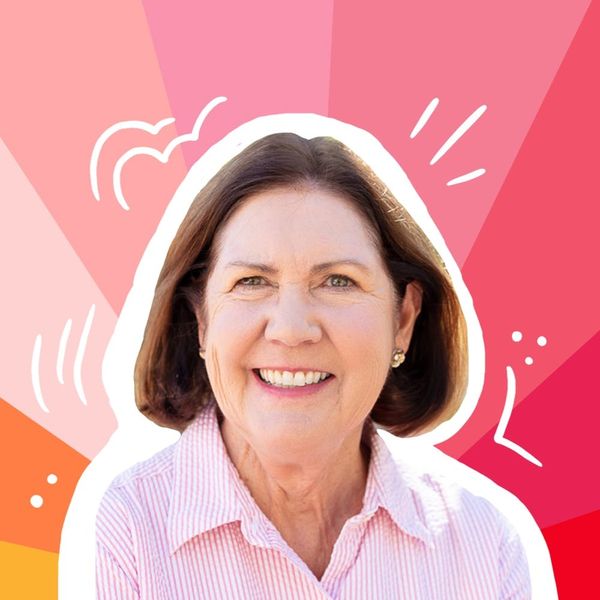 Ann Kirkpatrick, former Congress member representing Arizona’s First District and current Democratic nominee for Arizona’s Second District, has spent the better part of the past two years babysitting. But her situation has been a little different from that of your typical doting grandmother to three grandchildren.

Following her Senate race challenging the late Sen. John McCain in 2016, Ann moved to Tucson to be closer to her family, after a health scare involving the births of two of her grandsons left her daughter and son-in-law in need of support. Of course, the health scare coincided with mounting Republican attacks on the Affordable Care Act at the time, led in part by the Congress member representing her district.

At that point, now driven by her own experiences, Ann decided she could no longer “stand in the sidelines.”

Ann says her vote for the Affordable Care Act in her first term in Congress may have been what cost her her seat when she ran for reelection in 2012. But she doesn’t regret her vote. “It was the right thing to do,” she says.

And it’s not just Ann’s personal experiences that have pushed her back into the fight. Hearing from constituents who have recognized her in public and come up to her to share their concerns about the future has also galvanized her. “Whether it’s the gas station or grocery store or even walking in my neighborhood, people come up to me and express their worries or fears about what’s happening in our country and how they might be affected, or how they’re already being affected,” Ann says.

Now, Ann is running for families like hers who rely on access to quality insurance for their health and safety, and people like those in their district who are terrified of what they’ve been seeing.

B+C: What inspired you to run for office for the first time in 2008, and now, to return to Congress after some time off?

Kirkpatrick: I grew up on tribal land. I was in a legislative district that had five tribes, and a Congressional district with 12 tribes. That meant a lot to me. It was largely the tribes who came to me and said, “we think you’d be a good member of Congress. You have tribal experience. You understand our issues.” I was going to run against a Republican incumbent who was later indicted on federal criminal charges, but he decided in the election year not to run for reelection, so it became an open seat.

As for what inspired me to run for office again this time around, I voted for the Affordable Care Act in my first term in spite of being told I would lose my reelection if I did that. But it was the right thing to do, and I did in 2010, but was re-elected in 2012 and 2014, and ran for US Senate against John McCain in 2016. Then, I was living in Tucson to be closer to family, and when Martha McSally, the incumbent here, voted for that deadly Republican health care bill that would cost more than 20 million people their health care, and ultimately, it failed, but I just couldn’t stand in the sidelines. I fought too hard for this. I’m going to take her on, run against her, but she announced in January she would run for U.S. Senate. So it’s an open seat, now. But essentially, for me, it was all about health care, and it still is.

B+C: How have you spent the past two years outside of Congress?

Kirkpatrick: Right after the 2016 election, after my Senate race, my daughter who was in a neurosurgery residency gave birth to my second grandson a month early, and he had to be in a newborn intensive care unit for a couple of weeks. My daughter and son-in-law spent all their time at the hospital. That left me taking care of their other child, their 18-month-old son. So I’ve done a lot of babysitting!

And after that, my third grandson was born two months early, and was in the newborn ICU for two nights. My husband and I spent a lot of time at the hospital with them, and with their children, because that’s a very stressful thing to happen to a young family.

This personal experience with health care, what was riveting, was that my daughter and her husband said, “we never expected this to happen.” And you know, that’s just the point. That’s why I voted for the Affordable Care Act, because unexpected medical events happen in people’s lives all the time. Thankfully, my daughter had good insurance, because the combined bills for those babies would have been $500,000. It just really drove home to our family in a very personal way, how important it is to keep the Affordable Care Act because there are millions of families across the family that are one unexpected medical emergency away from having to declare bankruptcy if they don’t have good insurance.

B+C: What does a day on the campaign trail look like for you?

Kirkpatrick: You know, we’re doing a lot of knocking on doors, and we have six offices set up in this district, including one in the border town of Douglas which we’re on the way to right now. We want to look at some of their projects, so we’re meeting with Douglas’ city manager, who’s going to give us a tour of some of their city projects that they’re working on, with the idea of us eventually helping them get federal funding for some of these projects.

And in addition to that, we have hundreds of volunteers showing up every day, going out and knocking doors, making phone calls, getting involved in any way they can. So, I join them, that’s what I do. I knock on doors, I make phone calls, I travel and meet constituents.

B+C: This year, we’re seeing unprecedented numbers of women running for office and winning. What, if anything, do you feel has changed in politics since you first ran for Congress in 2008?

Kirkpatrick: Definitely the number of women running, and it’s really excited to see that at all levels, from school board to governor and senator. It’s really exciting to see across the country. And in Congress, more women are running especially as Democrats, and if we take back the House, I’ll keep my seniority so I’ll come back as a fourth-term Congresswoman with the possibility of getting a chairmanship on a subcommittee. Why that’s important is because the chairman sets the agenda for the committee, and when women set the agenda, it’s a different kind of agenda than what we usually see with men.

B+C: What are three issues you would focus on if elected?

And we need to protect the Affordable Care Act, and one of the things I want to do is introduce legislation to allow people to buy into Medicare. Here in Arizona, we have a lot of areas where there’s just one insurance carrier in the marketplace, and so if people were allowed to buy into Medicare at any age, they would have another very affordable choice. And additionally, I want to make it better, and require that we negotiate prescription drug costs.

Those are all important issues happening right now that I want to address.

B+C: As you’ve mentioned, there are a lot of concerns right now about what the new Supreme Court Justice, Brett Kavanaugh, could mean for women, LGBTQ+ people, immigrants, seniors, and other groups. As a member of the House of Representatives, which doesn’t vote on Supreme Court nominees, what are some ways you would address these concerns?

Kirkpatrick: In my first term in Congress, I was working to help fill five federal judge vacancies in Arizona, and I was trying to get women appointed to the federal court. With my colleagues, I interviewed them, made a list, made our recommendations to the President, and John McCain overrode our recommendations. So, one of the things I want to do to strengthen and protect the judicial branch is to promote women at the federal court level in Arizona, which I have a record of working toward.

B+C: What advice do you have for women who are watching what’s happening in politics and want to get involved for the first time?

Kirkpatrick: Get involved — we need women. Women, I’ve noticed in Congress, are more collaborative, even across party lines. And I really believe that’s what our country needs. Not just right now, but for the future — so get involved!

B+C: Speaking to your observation of how women legislators are more collaborative, what do you think are some differences between what male and female Congress members bring to the table, from your experiences in Congress?

Kirkpatrick: Women definitely are more concerned about important, often overlooked issues like education, making sure there’s adequate education for all, and that’s definitely a big issue here in Arizona. They are very concerned about ensuring children have health care and food and housing security. They want humane, practical solutions to immigration reform, and they want to balance the budget while ensuring our national defense is strong.

B+C: How can people support your campaign?