Forever 21 Is Being Accused of Copying ANOTHER Designer 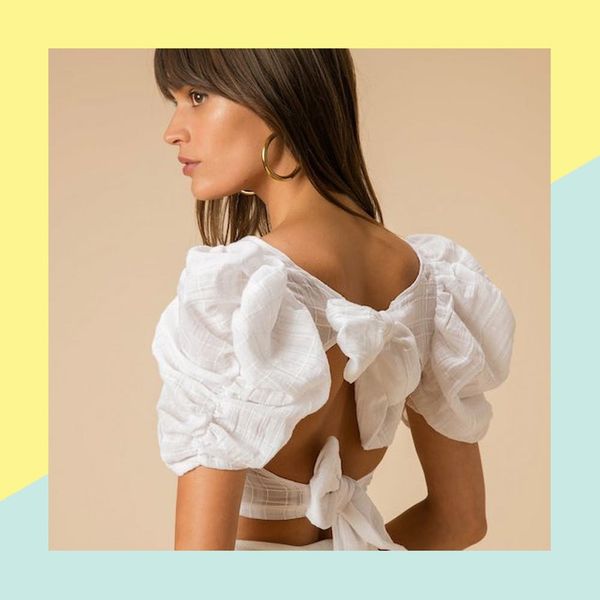 2017 was a dicey year for Forever 21 when it came to creativity. The fast fashion retailer faced accusations of design infringement on many fronts, from independent athletic apparel companies to major players such as Gucci, who actually sued the brand over the use of its iconic stripes. Thus far, 2018 isn’t starting out much better, as the chain is now being accused of knocking off yet *another* designer.

Karla Deras, the designer and creative director of The Line By K, took to Instagram to point out the similarities between a top she designed for her pre-fall 2017 line and one Forever 21 is now offering on its website.

“When @Forever21 knocks you off,” she wrote with a grumpy face. She also gave her followers a glimpse at the original piece for reference.

The top in question is Line By K’s Jinx Puff Sleeve Top ($160), which features an oversized, puffy sleeve on both sides and a double back tie.

For Deras, the resemblance to Forever 21’s Self-Tie Puff Sleeve Crop Top ($38), were a bit *too* uncanny, with the fashionista taking to social media to say so.

Unfortunately, fashion designs are not protected under copyright law, as it isn’t considered “art” by a legal definition. As UCLA law professor Kal Raustiala explained to Racked last year, “Fashion has never been included under copyright laws because in the US it has always been viewed as useful or functional.”

While trademarked logos (like, say, Gucci’s stripes) are viewed differently, general designs are often overlooked, with some even arguing that the practice keeps the design biz afloat in a phenomenon known as “piracy paradox:” a theory which reasons that the copycat effect actually helps designers move goods, since, by the time the styles trickle down to the masses, people are eyeing the runway’s new wares for consumption, giving the original designers a steady stream of clientele.

Call us crazy, but we think Deras — and many other designers — might be inclined to disagree!

Do you think Forever 21 took Deras’ design? Share over @BritandCo.

Nicole Briese
Nicole is the weekend editor for Brit + Co who loves bringing you all the latest buzz. When she's not busy typing away into the wee hours, you can usually find her canoodling with her fur babies, rooting around in a bookstore, or rocking out at a concert of some sort (Guns N' Roses forever!). Check out all her latest musings and past work at nicolebjean.com.
Designer
Style News
Designer Designers Style
More From Style News