Fossil’s New Fashion-Forward Smartwatches Are All Under $200 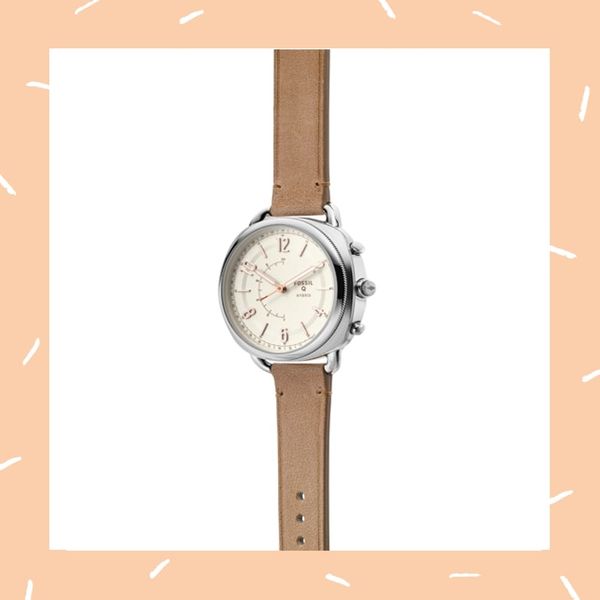 Fossil’s latest smartwatch collection might channel vintage Americana vibes on the outside, but they’re all tech inside. Adding to their Q series, which debuted in 2015, the Texas-based company will introduce new designs that are the most high-tech to date — and that ring up at less than $200 a pop.

The first offering is Fossil’s Q Venture. The watch features a 24-hour battery life, touch screen capabilities, microphone, and a speaker (so you can respond to those text messages without stopping whatever you’re doing). Plus, it has customizable straps and faces powered by Android Wear 2.0. Basically, this watch can keep up with you on the go *and* complement your outfit. It comes in rose and yellow gold. There’s also a men’s touchscreen smartwatch coming called the Q Explorist, which is packed with the same features.

Q Accomplice may look like a regular watch, but don’t be fooled — it works just like a smartwatch. As the slimmest watch body to date, it offers Bluetooth connectivity, so you can sync it with your Android phone. Hybrids don’t have touch screens, but they’re the perfect in-between smartwatch for anyone who wants to track their steps and receive alerts for texts and calls, but still loves the traditional watch look.

Fossil is also releasing a men’s watch called the Q Activist, which is a hybrid like the Q Accomplice. It has all the same features, but with the added benefit of a double layer dial with calendar date tracking and a tachymeter scale for stopwatch functionality.

What do you think? Will you purchase Fossil’s smartwatch? Tweet us @BritandCo!

Channing Hargrove
Channing Hargrove is a freelance fashion editor and writer in New York City. When she isn’t writing about clothing (or shopping, for research, of course), Channing is writing about life in a tiny studio apartment in a big city — and what she’s wearing — on her blog, Channing in the City.
Accessories
Style News
Accessories Tech News Watches
More From Style News