The Idea of a Friends Reboot Gives Matthew Perry Nightmares 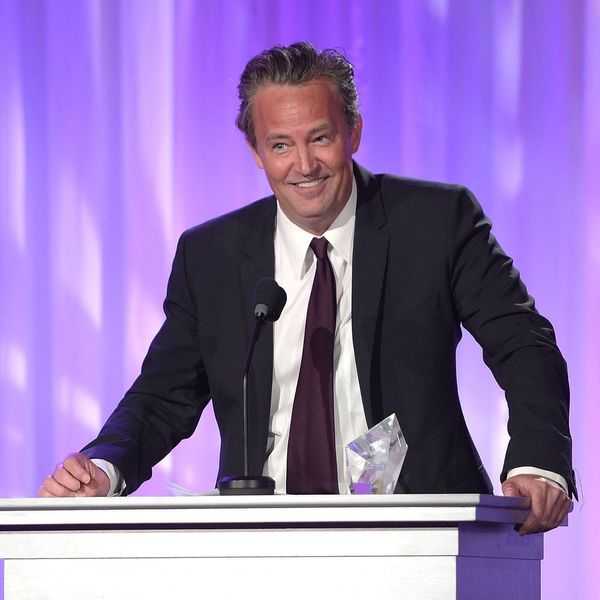 These days, it seems like everything old is new again. From Netflix’s Fuller House to Showtime’s Twin Peaks, to the big screen’s Beauty and the Beast, Baywatch, 21 Jump Street, and It, reboots are everywhere you look. So it’s easy to understand why a Friends reboot would be on Chandler Bing — erm, Matthew Perry’s mind.

The actor has had plenty of work since Friends — currently he’s starring in the CBS comedy The Odd Couple and preparing to star in an Off-Broadway play he wrote — but his most famous and beloved role is still the one he played opposite Jennifer Aniston, Courteney Cox, Lisa Kudrow, David Schwimmer, and Matt LeBlanc for 10 years. And while we may be ready for a Friends reboot, Perry doesn’t exactly feel the same way.

“I have this nightmare that we do Friends again and nobody cares. We do a whole series, we come back, and nobody cares about it,” Perry told a reporter at Variety in an interview published today.

“If anybody asks me, I’m gonna say no. The thing is: We ended on such a high,” he continued. “We can’t beat it. Why would we go and do it again?”

Kudrow, who played Phoebe on the show, has commented on the possibility of a reboot too. “The thing we liked best about [Friends] was that they were twentysomethings and they were their own family,” she told Today a few months ago. “Now, they all have families, so what are we going to watch?”

It looks like we won’t be watching a Friends reunion anytime soon. In the meantime, there are plenty of episodes for us to rewatch!

Would you watch a Friends reboot? Let us know @BritandCo!

Rachel Davies
Rachel Davies is a writer, curator, and editor. Apart from writing, Rachel loves to read, take Greyhound buses, and drag her friends to museums every weekend. You can find Rachel over on Twitter @rachelcomplains.
Pop Culture
More From Pop Culture