Here Is the Friends Reunion Photo That You HAVE to See 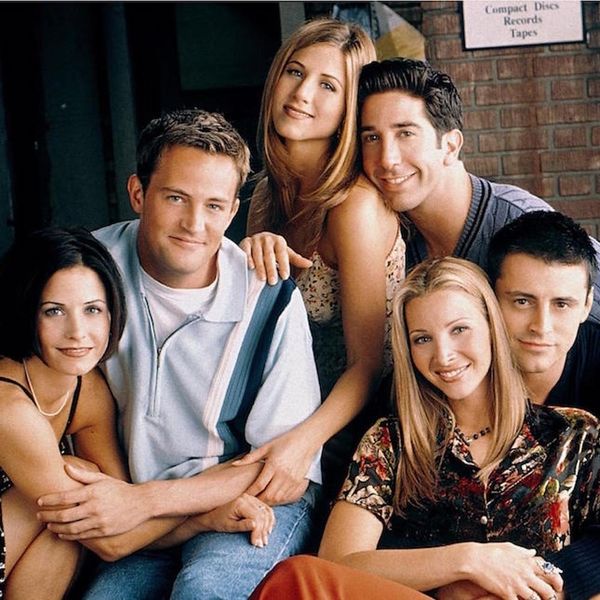 With Full House getting the Netflix treatment with Fuller House and a rumored Gilmore Girls revival in the works, the whole world has been hoping and praying for a Friends reunion. While seeing Joey, Chandler, Monica, Rachel, Ross and Phoebe all together on a stage together would be a dream, there’s no word on if that dream will ever come to life. In the meantime, we’ll have to settle for the next best thing: seeing them together in a pic. In honor of sitcom director Jim Burrows, the old cast succeeded in getting back together again, and very nearly accomplished the goal of having everyone in one room. And that’s not all. Look at who’s making some famous new pals!

Like a scene out of a crossover sitcom dream, the stars of Friends and The Big Bang Theory posed together in what might be the most entertaining ensemble ever. Kaley Cuoco, Johnny Galecki, Simon Helberg and Jim Parsons grinned gleefully alongside their superstar predecessors Jennifer Aniston, Courteney Cox, Lisa Kudrow, Matt LeBlanc and David Schwimmer while the group celebrated director James Burrows for an upcoming NBC special airing February 21. Kaley posted this photo on her Insta along with the caption, “Friends meets BBT.”

Sadly, there is one missing cast member. Friends alumni Matthew Perry was the only cast member not at the big event. He’s currently appearing on stage in The End of Longing in the UK, but there’s talk of a possible taped tribute from the former Mr. Bing. David Schwimmer is just as bummed as we are that his friend wasn’t there. “I wish I could say it was going to be a reunion. [It’s a] 5/6 reunion.”

Coming a full twelve years after Friends ended its small-screen decade-long domination, we’ll at least be able to indulge in the 5/6 that will surely be a 10/10!

Are you excited about the Friends reunion? Tell us @BritandCo!