Google’s iPhone Keyboard Could Be a Total Game Changer 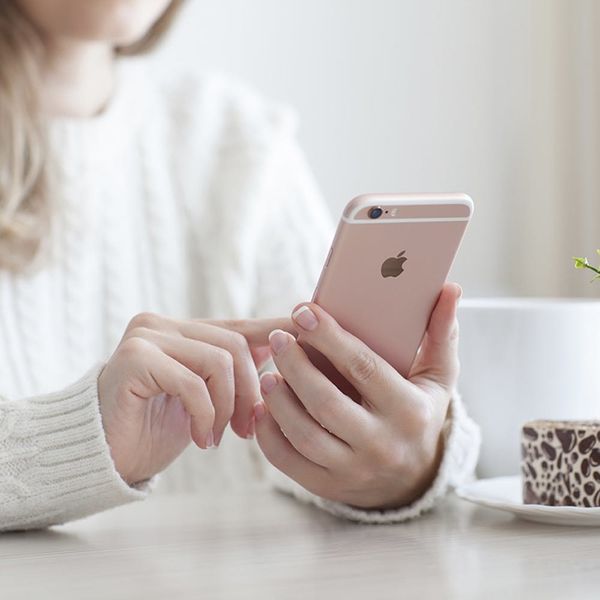 We <3 our iPhones. TBH, we probably love them a little too much. And after all the exciting news about the new (cheaper!) iPhone we’re going to make a safe bet and say that our favorite tech addiction isn’t going anywhere. However, our computerized BFF isn’t without its pain points, the main one being texting. While it’s the primary way we communicate these days, it’s not great for your hands (hello, carpal tunnel), and it can actually be a bit of a challenge if you’re trying to script a one handed text on the bigger iPhone 6s or Plus. Enter: Google’s new alternative keyboard.

According to The Verge, Google is currently testing out a new, third party iOS keyboard that you would be able to add + set as your default on your phone. Similar to the keyboard designed for Android phones, the Google keyboard uses gesture-based typing, which basically means you can slide your finger from letter to letter without having to lift in between each. Think: connect the dots, but in a text message. Being the smart cookie they are, Google should be able to guess the word you’re trying to spell.

Additionally, the keyboard would include distinct buttons that make it super simple to include pictures and GIFs, both likely powered by Google image search. Perhaps we can finally say goodbye to the GIF keyboard that only works 50 percent of the time? As is standard with major roll outs with big tech companies, Google wouldn’t comment on when/if this new keyboard would be available to download. But hey, here’s to hoping.

Would you use this new keyboard on your iPhone? Share your thoughts with us on Twitter @BritandCo.

Cortney Clift
Cortney is the senior writer and special projects editor at Brit + Co. She typically covers topics related to women's issues, politics, and lifestyle. When she's not buried behind her computer you'll find her exploring New York City or planning her next big adventure.
Google
Tech
Google iPhone
More From Tech