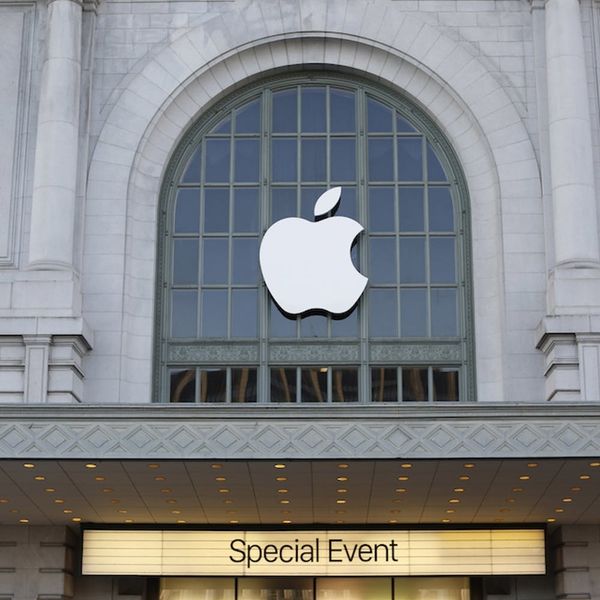 Guys, it’s finally happening. Apple’s March Event is finally here. Today is the the day when we finally get to find out if all those four-inch iPhone SE rumors and 9.7-inch iPad Pro rumors actually hold any water. Today’s event is much smaller than Apple’s annual Fall Event, which usually happens around September of each year, where they traditionally unveil the latest generation of iPhone (iPhone 7 Pro is rumored to be dropping this year) and will be held at the tech co’s own campus in Cupertino, California.

The formal invite had only the tagline “Let us loop you in,” which people are speculating to allude to either Apple Headquarter’s address — 1 Infinite Loop — or the fact that Apple might be showcasing some gorgeous new Apple Watch strap options. Let’s find out, shall we?

10:00 AM: It begins! First, an homage video of Apple’s 40 years of tech accomplishments. “There are now more than one billion Apple devices in use around the world,” says CEO Tim Cook.

10:04 AM: Tim Cook addresses the FBI case. “We will not shrink from this responsibility.”

10:06 AM: Apple announced two years ago that they intend to become 100 percent renewable worldwide. Currently, 93 percent of Apple’s sites in 23 countries run on renewable energy.

10:15 AM: Meet LIAM — Apple’s new R&D project, a robot that disassembles your old iPhone into its parts (like tungsten, lithium battery, silver, etc.) so “the materials in your old iPhone can live on.” All you have to do is take your old phone into a store or print a pre-paid shipping label here.

10:20 AM: There’s an Apple Watch app via Apple’s ResearchKit that is trying to predict seizures BEFORE they happen. Apple is also introducing CareKit, their medical research module, that monitors your health and allows you to share it with your health care provider. It’s available in April. Precision medicine, guys.

10:30 AM: New things for the Apple TV is more apps, tvOS updates and new features like Folders, Dictation (for usernames and passwords too ;) and access to your photo library including Live Photos.

10:31 AM: Yep, four-inch iPhone is HERE. In 2015, Apple sold 30 million four-inch iPhones, so the tech giant decided to release an updated version. And yes, it’s the iPhone SE. It’s basically an iPhone 5S with 6S colors!! The SE is three times faster than the 5S, has the A9 processor chip as expected, 12MP iSight camera, is “Hey Siri”-enabled and has — get ready — better battery life. Price starts at $399 for the 16 GB model, 64 GB is $499, is $17 per month if you go the monthly payment route or is free with a two-year contract. Pre-orders start March 24 and will go on sale March 31.

10:40 AM: Here comes iOS 9.3. Things to look out for: Night Shift, Touch ID-protected Notes, updates to the Health App, top story + editor picks for the News App, CarPlay has Apple music selection + a Nearby Feature on Maps and a brand new Education app. iOS 9.3 is available TODAY.

10:45 AM: The rumors were correct. The 9.7-inch iPad Pro is coming, and it weighs only a pound. Apple’s not beating around the bush here. The new iPad Pro was created to lure in Windows users. Phil Schiller, SVP of Apple’s marketing team, gives us a startling statistic: 600 million PC users are using devices over five years old. “This is really sad,” he says. (Spotted: someone face-palming in the audience.)

10:50 AM: iPad Pro comes with True Tone for the best display performance yet (it responds and adjusts the display according to the lighting around you), has the expressly designed for iPad A9X processor chip, four speakers and has “Hey Siri” support. New accessories include a new SD card read, a USB Camera Adapter and old accessories like the Apple Pencil and a detachable keyboard. It comes packed with a 12 megapixel iSight camera and a 5 megapixel front-facing camera. “The ultimate PC replacement,” says Phil. Comes in four colors including Rose Gold for the first time. The tablet starts at 32 GB $599, 128 GB for $749 and for the first time ever 256 GB for $899. Orders start March 24 and start shipping March 31. The 12.9-inch original iPad Pro’s 256 GB configuration is going for $1099.

11:02 AM: Tim is summarizing all the new products that were announced this morning. He says this is the last announcement in the Town Hall on Apple’s current campus. *tear* Next year, Apple will be moving to their insane new “spaceship” campus. See you guys there!

Are you watching and blogging or Tweeting along today? Share what you’re most excited about @BritandCo — and keep refreshing this page for regular updates!