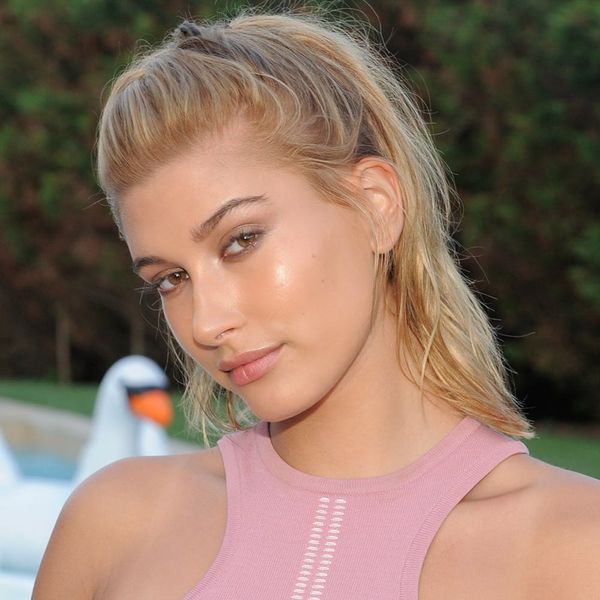 Justin Bieber’s rumored girlfriend Hailey Baldwin is undoubtedly having a moment. The 19-year-old model has been spending most of 2016 strutting down runways and chilling out on tropical vacays with Justin but it looks like she’s taken a break from all that to pay a visit to celeb hairstylist Ryan Pearl.

Just this afternoon Ryan (who also happens to be the stylist behind that viral cinnamon swirl hair) shared a snap of Hailey alongside the caption, “Switched It Up.” In the photo, Hailey’s signature blonde locks have been replaced with a soft and subtle bronde color – not dissimilar to the shade Blake Lively was rocking last summer. The new color definitely offers a noticeable change but it isn’t quite as dark as she’s gone before. Like the name suggests, bronde is basically the perfect in-between shade.

Considering Justin seems to have a habit of copying Hailey’s hairstyles, we’re now wondering whether the pop star will *coincidentally* ditch his bleach blonde ‘do for something a little bit darker. J. Biebs, if that’s the case, we’re on to you ;)

Did you recently go bronde? Tag us in a snap on Instagram @britandco.