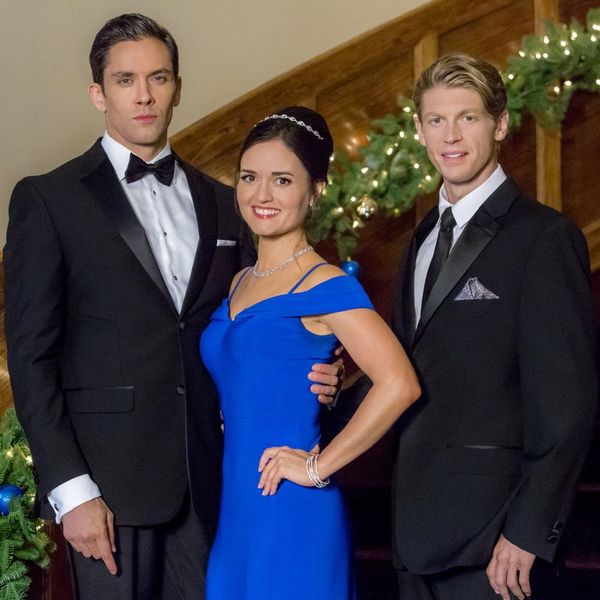 There are still nine months until Christmas, but we’re already dreaming of cozy nights by the fire with hot cocoa, candy canes, and feel-good holiday movies on TV. Lifetime announced last week that they’ll have 14 seasonal films this year, up from six in 2017. And according to Entertainment Weekly, Hallmark will debut a whopping 34 new Christmas movies in 2018.

This marks a record for the Hallmark Channel, which, along with its sister network, Hallmark Movies & Mysteries, dominated the 2017 season with a lineup that included 33 new films (up from 28 in 2016).

Last year’s movies starred popular celebs including Lacey Chabert, Autumn Reeser, and Danica McKellar, and this year’s lineup hopes to thrill fans again by bringing back some of your favorite actors for new seasonal stories. According to EW, McKellar, who appeared in 2017’s Coming Home for Christmas, is set to take on a leading role once again, as is Kellie Martin, who has been cast in (the tentatively titled) Vet, which, according to EW, Hallmark describes as “an emotional story of heroism and homecoming.”

If you’re looking to get into the holly-jolly mood early, Hallmark’s holiday festivities will begin this summer with Hallmark Movies & Mysteries’ Gold Crown Christmas programming block, which runs from June 29 to July 8, and Hallmark Channel’s Keepsake Christmas programming, which airs from July 6 to July 15. During this time, you’ll be able to rewatch some of Hallmark’s classic original films.

However, you’ll have to wait a little longer to see the new stories. Hallmark Channel will be showing 22 of the 34 new movies starting on October 27, as part of its Countdown to Christmas programming block. Hallmark Movies & Mysteries will show the remaining 12 films during its Most Wonderful Movies of Christmas campaign, which launches on November 4.

Will you be watching ALL of the new Hallmark holiday movies this year? Let us know @BritandCo!

Desiree O
Desirée O is a ‘Professional Bohemian’ who loves anything and everything related to the arts, entertainment, and pop culture. She ADORES being a ‘Newsy’ for Brit + Co, covering all of the latest tidbits of awesomeness that you want to read about. When she’s not writing, she’s either making messy art, going on long adventurous walks with her camera, or poking around over at bohemianizm (http://www.bohemianizm.com/). You can find out about Desirée O and her work at http://DesireeO.com/ or follow her on Twitter @DesireeO.
Movies
TV
Movies TV