This #Girlboss Is Combatting Racism With Instagram Pop Art 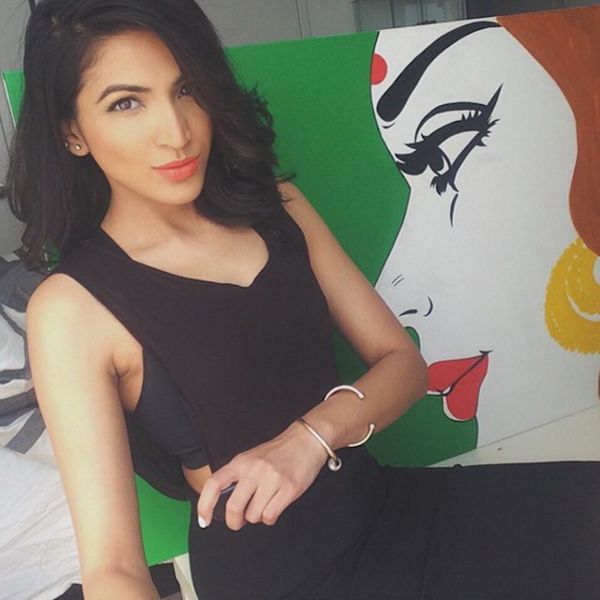 Instagram is the place to be to find new and super-cool artists — and if you’re an artist yourself, an Insta account is even more essential. The best makers on Instagram are using the social media platform to make bank selling their art and building truly enviable followings. And now, a new artist on the scene is using her own Instagram (and her art) to embrace and show off her culture — getting back at racist bullies from her past in the process.

Maria Qamar goes by the alias Hatecopy, posting her gorgeous pop art-style works on Instagram. Her drawings and paintings, featuring tongue-in-cheek speech bubbles like, “I heard they season their chicken with bread,” (which she captioned on Insta with “AUNTY THEY’RE CALLED MCNUGGETS”) and, “Even coconut oil can’t fix this marriage,” have earned her a following of more than 44K.

But she wasn’t always this popular. Maria tells the CBC in a profile video that after moving from Pakistan to Canada when she was nine, she was shocked to find that her classmates were reluctant, to say the least, to accept her.

“Kids would say things like, ‘Oh, you Paki, go back to your country.’ It was mostly just Paki, the term Paki,” she says. “Kids would throw things at me, follow me home and just yell things. People were bullying me and getting at me because of the way I was, and I thought that was a message to me, saying ‘Who you are is wrong and it’s disgusting and stop being that.’ It got to a point where I was hiding from myself because I was so embarrassed and so ashamed, but, as I grew older, I just kind of realized that that was such a harsh thing to do, so I started putting it into my work.”

And we’re so glad she did, because her work is really amazing — it’s hilarious, aesthetically gorgeous and, on top of all that, it has something to say about subtle racism and what it means to embrace her Pakistani culture.

⚠️THEN HE BROKE MY HEART IN HALF LIKE A SAMOSA. UGH, I REALLY WANT SAMOSAS.⚠️

Her drawings have become so popular that she’s opened an online store, selling her prints on t-shirts, coffee mugs, phone cases and more. In other words, she’s ready for world domination via pure snark — and we can’t wait!

Kylie Kendall
Kylie is a freelance writer living in Ottawa, Canada. When she's not writing, you might find her scoping out all-day breakfast spots in her city or taste-testing every bottle of red wine under $10.
Art
Home News
Art Artist Feminism Girlboss social media