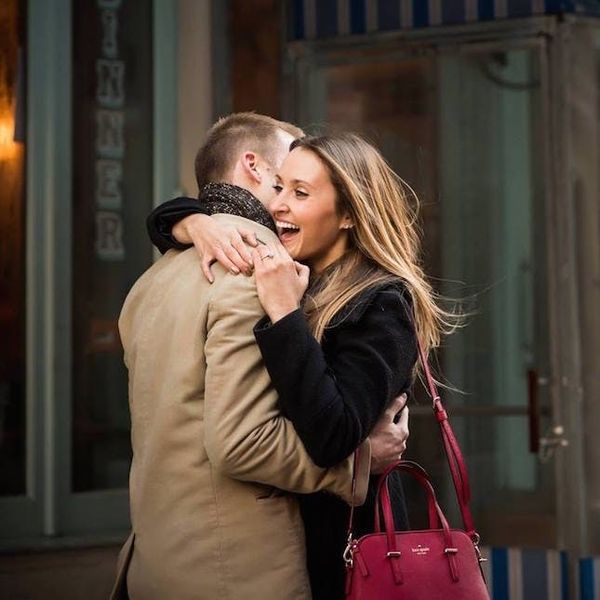 But a 120-year-old satin gown does have its limitations and sadly is subject to the wears of time. Traditionally, the mother of the last bride who wore the dress is the keeper of the gown. When Abigail got engaged, she and her mother Leslie Kingston reached out to Leslie’s aunt, who happily sent over the dress. When Abigail unpacked the dress however, it had moth holes eaten through the gown, the satin was discolored and the beautiful puffed sleeves were in rags. Abigail thought all hope was lost for the family heirloom. But according to Lehigh Valley Live, she and her mother were able to enlist the expertise of designer and salon-owner Deborah LoPresti to restore the dress. The process of bringing the dress back to its former glory took over 200 hours. Yes, you read that right.

But all the hard work was worth it in the end and Abigail will indeed be wearing it for her lakeside wedding in Pennsylvania. When she put on the gown for the first time after repairs, her first thought was, “I feel like Cinderella!” Abigail tells us, “My second thought was is this the same dress I pulled out of the box back in April?!” Leslie Kingston shares with us, “I got teary because seeing her in the dress reminded me of my wedding day.”

As for her hopes for the future of the dress, Abigail says, “My hope is the dress can be preserved and remain in its restored state. I would love for the tradition to continue maybe with a daughter of my own one day.”

“I would like to see it in a museum because it’s such a great story,” Leslie adds. “It’s not just the dress that’s been handed down. It’s the love.”

Check out all the previous owners of the storied wedding gown.

The first wearer of the dress was Abigail’s great-great-grandmother Mary Lowry who wed John Broadfield Warren on December 11, 1895.

The fourth member of Abigal’s family to wear the gown was Sara Seiler, who wed Duncan Odgen on June 15, 1960. Stunning.

The seventh wearer of the dress was Janet Kearns, who married Mark Daigle on October 30, 1982. The only thing ’80s about this photo is that bouquet.

The eighth bride was Jane Odgen, who wed James Houston on June 2, 1986.

Virginia Kearns wed Charles Stinnett on August 26, 1989 and was the ninth bride to wear the dress.

The last bride to wear the dress was Ann Ogden, who married Robert Hausslien on July 4, 1991 — which was still 24 years ago.

And Abigail will continue her family’s tradition when she marries her fiancé Jason Curtis on October 17, 2015. So lovely.

Will you be wearing a family heirloom dress for you wedding? Tell us in the comments below!

Kimberly Wang
Kimberly Wang writes about all things pop culture, tech, style, and beauty. She's a Bay Area transplant and has an MFA in Creative Writing from Columbia University. On a sunny New York day, you can find her hanging out with her mini schnauzer Isabelle Jellybean on a blanket in Central Park.
Family
Wedding Style
Family