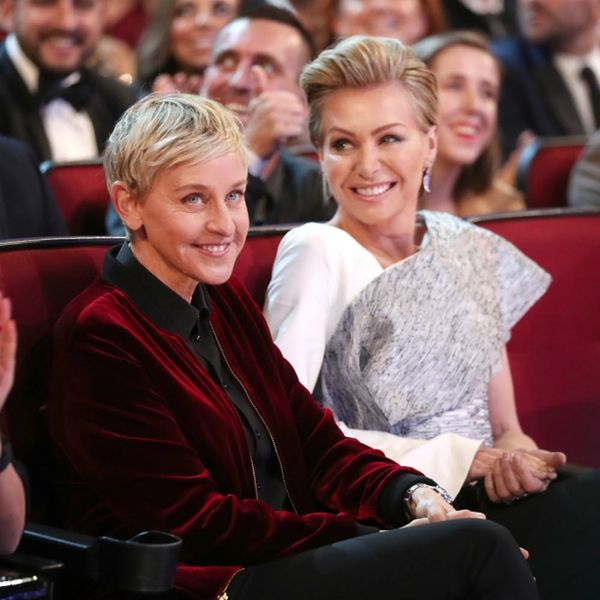 2017 has been a pretty great year for Ellen. After making People’s Choice Awards history and helping many people better understand the Muslim Ban using her role in Finding Dory, you’d think that this year would be nothing but roses for the daytime host. But after a night out with wife Portia De Rossi and an ill-fated attempt at some gymnastics, Ellen’s blaming wine for her recent stint at the hospital.

During Tuesday’s opening monologue, Ellen explained why her finger was bandaged up, joking, “I broke my finger. I know what you’re thinking: ‘How can you host a show without the tip of my ring finger?'” Turns out, she and wife Portia were out for dinner and had a tiny bit of wine. When they arrived back home, the host says her dogs were excited to see the pair, and she was feeling excited too. It was then that things took a turn for the worse, and when Ellen tried to do a one handed cartwheel, her hand slipped and her finger dislocated at the knuckle. YEOUCH.

This is my finger. Seriously. Find out what happened tomorrow. pic.twitter.com/oy4sAyvPDN

During the show, Ellen hilariously recounts her time at the hospital, including a run-in with a person who was hit by a bus! Luckily, she’s doing okay and her finger has been put back into place. But we can’t do this story justice. It’s so hilarious, and works best when Ellen tells it herself.

Have you ever hurt yourself doing something silly? Tell us @BritandCo!