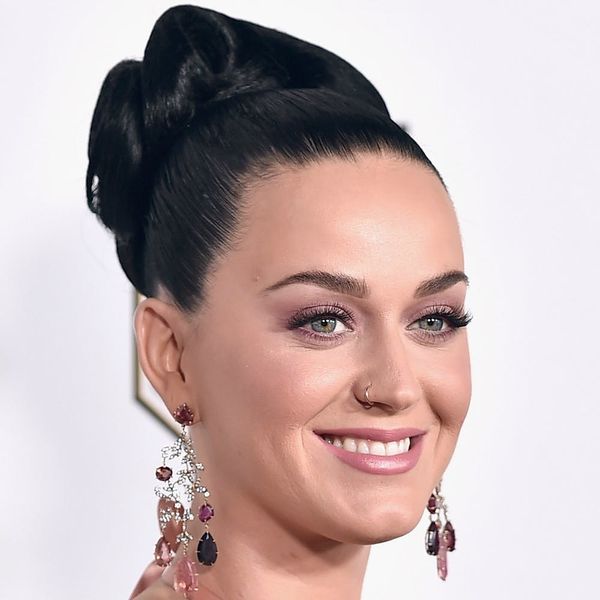 While fellow stars such as Spice Girl Geri Haliwell and actress Olivia Wilde are both on baby number two, songstress Katy Perry has been largely focused on her career, becoming Forbes’s highest paid entertainer for 2015.

It’s been a point of contention for the singer in the past, who even admitted to Marie Claire back in 2013 that her reluctance to start a family early on was a major reason behind her divorce, telling the mag then, “When I decide to have a family, I’ll just want to be a mom for a little bit… [Russell] really wanted me to have children, and I knew I wasn’t ready.”

So has she changed her tune since then? Possibly, according to E!.

While at the Children’s Hospital Los Angele’s “Once Upon a Time” gala, she told the outlet, “Children to me are becoming a big focus. I don’t even have mine, but I see it in my sister’s kids and just how much nurturing and love they need…”

Though Katy was very likely serious about focusing on her new role as Aunt Katy (she even reportedly helped to deliver the baby, telling E!, “I see the amazing thing of birth and children and vulnerability and we just have to take care of them, and how… big of an impression we have. We have such a responsibility!”), we can’t help but wonder if spending all that QT with beau Orlando Bloom’s son, Flynn, hasn’t had an impact as well.

It makes sense — after all, the two HAVE been sparking engagement talk as of late, with children of their own apparently also on the table, according to an insider, who told E!, “They are in love and happier than ever. [Orlando] would like to get engaged to [Katy] before the year is up.”

We, for one, think she’d make a great mom, if/when she so chooses to be one.

Do you think it’s time for Katy to take a break and focus on being a mom? Share @BritandCo.

Nicole Briese
Nicole is the weekend editor for Brit + Co who loves bringing you all the latest buzz. When she's not busy typing away into the wee hours, you can usually find her canoodling with her fur babies, rooting around in a bookstore, or rocking out at a concert of some sort (Guns N' Roses forever!). Check out all her latest musings and past work at nicolebjean.com.
Katy Perry
Celebrity News
Katy Perry
More From Celebrity News