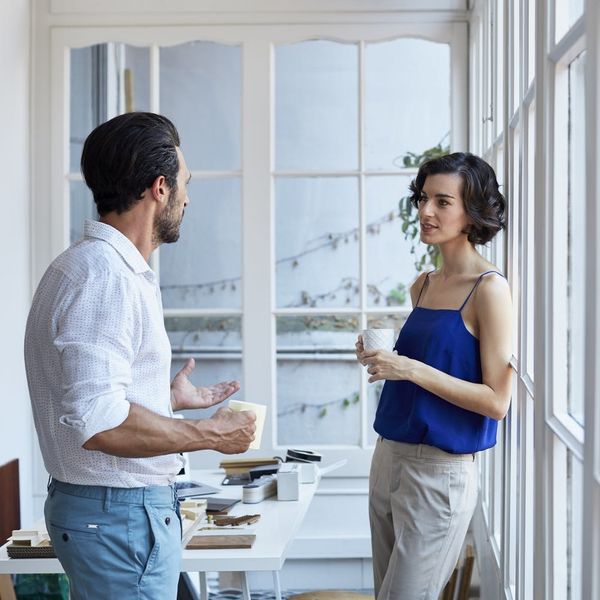 We’ve all been guilty of it a time or two — finishing that last sip of joe (thanks, coffee gene) and then being just a *little* too lazy to get up, walk over to the sink and wash it out before you head home from the office for the day. NBD — you’ll totally get to it in the morning, right?

According to a recent Wall Street Journalarticle, which cited Jeffrey Starke (who just so happens to be a former director of infection control at a children’s hospital), you might actually be better off if you just… don’t.

Unless you’ve got milk and sugar in there, which CAN grow harmful molds, Jeffrey says there’s little to no risk in just letting it ride — they are, after all, your own cooties/germs — even after an illness. As he points out, there’s not many a bug that can live in an inanimate object for more than an hour, and even then, it’s not super likely that you’d re-infect yourself.

What IS concerning? That damp, germ-infested communal sponge lurking on your office’s kitchen sink — one of 20 commonly forgotten household items to clean. “The sponge in the break room probably has the highest germ count of anything in the office,” he warns. “Most people would call that gross.”

Instead, if you must, he says he’d recommend some hot water, a dollop of soap and a paper towel. On the other hand, however, you could just leave it be — he references navy sailors that purposely blacken their mugs to “season” it with flavor, and shares that he’s a proud user of the same mug 10 years running.

The more you know, right? Here’s to easing our coffee shame fears once and for all!

Do you wash your mug out after every use? Share with us @BritandCo.

Nicole Briese
Nicole is the weekend editor for Brit + Co who loves bringing you all the latest buzz. When she's not busy typing away into the wee hours, you can usually find her canoodling with her fur babies, rooting around in a bookstore, or rocking out at a concert of some sort (Guns N' Roses forever!). Check out all her latest musings and past work at nicolebjean.com.
Healthy Living
Celebrity News
Healthy Living