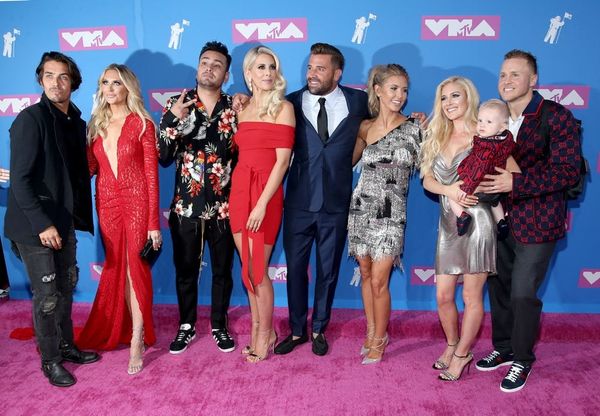 It’s almost time for New Beginnings. After announcing a reboot of the early aughts reality series The Hills last August, MTV has finally released the first sneak peek of the series, which will premiere on Monday, June 24.

“Remember your first day of school? Your first kiss? Your first love? Some memories last forever,” the clip teases in between nostalgic footage of the original cast. “Your first breakup, and your first time finding yourself.”

The teaser includes some of the most memorable scenes from the original series: Spencer Pratt proposing to now-wife Heidi Montag, Pratt fighting with his sister Stephanie, and Audrina Patridge breaking up with then-boyfriend Justin “Bobby” Brescia.

“Now it’s time to start all over again,” a title card reads, before the teaser introduces the first new footage of returning stars Pratt, Patridge, Brody Jenner, Frankie Delgado, and Whitney Port. One scene in particular, between exes Patridge and Brescia (who did reconnect in 2017), teases that they may have some unfinished business.

“I don’t even know where to start,” Patridge says as the two sit down to dinner.

“With you and I?” Brescia replies.

“Yeah. Friend,” Patridge continues with a smirk as the two clink glasses.

Along with many of The Hills‘ original cast members (and their spouses and children), newcomers Mischa Barton and Brandon Thomas Lee will also appear on the show. Original stars Lauren Conrad and Kristin Cavallari are not returning.

RELATED: ‘The Hills’ Cast: Where Are They Now?