How This Plus-Size Transgender Model Is Breaking Barriers in India 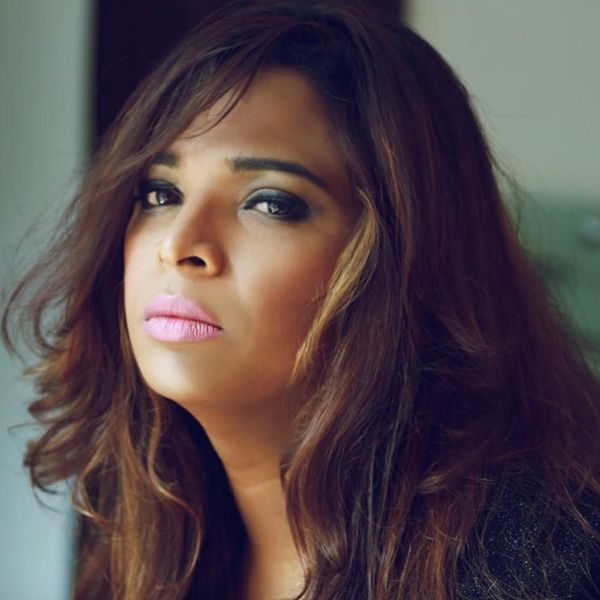 By now, it’s well known that Western beauty ideals have become pervasive throughout the world thanks to globalization, dangerous advertisements and products, and years of passed-on language. Shadeism is inherent in the realm of Indian beauty standards, with designers in the fashion industry favoring lighter skin models over dark ones. As India’s very first plus-size transgender model, Mona Varonica Campbell, 28, stands in sharp defiance of those barriers, and then some. In doing so, she hopes to showcase how beauty in all its different forms can flourish in South Asian culture and the world.

Campbell made fashion history in August when she walked the runway in Mumbai’s bi-annual Lakme Fashion Week. An outlier in an industry where “dusky dark-skinned women” like herself haven’t always been able to find work, her gender-nonconforming status also broke the mold. The decision to audition in the first place was one that she might not have made in years past.

‘I Just dont like that there is a division between straight size and plus size models in the fashion to bridge that gap.call me what you like. I know who Iam., Fabulous shot by @pauldavidmartinphotography . . . . . #monavaronicacampbell #plussizemodel #beautybeyondsize #TransIsBeautiful #browngirls #photography#morningshot #light #makeupartist #hairstyles #expressions #attitude #picoftheday #tagsforlikes #likesforlikes #instagram #bodypositive

“Especially in India, the acceptance of people with different sexual orientations has not always been there,” Campbell explained in an email to Brit + Co. “Now, things seem more positive.”

As the show opener and closer for designer Wendell Rodrick’s collection at Lakme, Campbell said that every accommodation was made by the show’s organizers — including providing Campbell with an exclusive hair and makeup team — to ensure her comfort backstage. And, while she’s proud of breaking ground as the first plus-size transgender model to rock the Lakme stage, she hopes she won’t be the last.

“In the past couple of years, the fashion industry has become more open and accepting,” she said, “but I still feel big brands and designers should provide more opportunities for plus and transgender models.”

Now more than ever, brands and designers in the modeling industry in North America are slowly introducing different bodies into their runway shows and campaigns. Transgender models have become a welcome change to the industry, as more than 1.4 million adults identify as transgender, according to one report. In 2016, plus-size trans model Shay Neary became the face of Coverstory’s campaign and trans model Pêche Di founded the first trans modeling agency in the United States.

But in India, where Campbell lives, “Very few designers have taken the time to showcase trans models on their runway or in their campaigns,” she said.

That didn’t stop Campbell from dreaming it. Now five years into her career, Campbell has since added IFSC Fashion Week and her Lakme breakthrough to her list of fashion credentials.

Through her modeling work, Campbell has made it her mission to ensure that she’s representing the kinds of people usually kept out of the limelight of fashion. While she’s just getting started on the runway, Campbell — who graduated in Fashion and Textile from National Institute of Fashion Technology (NIFT) — also plans to eventually design her own plus-size clothing line. Ultimately, she wants to be an inspiration for everyone to believe in themselves and follow their dreams, regardless of their sexual orientation.

For now, though, Campbell explains she’s just planning to follow her own advice to “be bold!” and hopes that others will follow suit: “I will continue to love my body, my curves, and my thick brown skin.”

Tell us who inspires YOU at @Britandco!

Amanda Scriver
Amanda Scriver is a passionate storyteller and body image advocate based out of Toronto, Canada. When she isn't writing for various publications, she finds time to Keep Up With The Kardashians while partaking in life's greatest pleasure: the chip buffet. Don't ask her what her favorite restaurant is, it's complicated
Every Body
Diversity
Every Body Gender LGBTQ Plus Size transgender