How to Deal with Being Ghosted 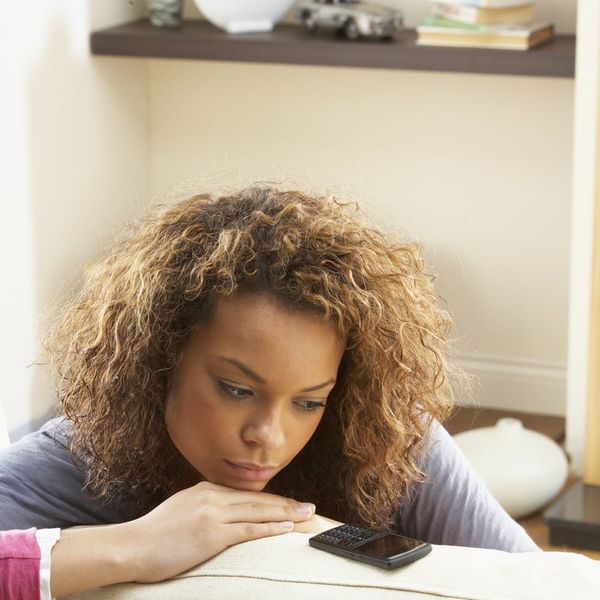 Dating is hard. (Understatement of the year.) It’s confusing, expensive, you’re constantly being told there’s a “better” way you could be doing it and, in some cases, it’s all literally a scam. And then there’s ghosting.

If you’re not familiar with ghosting, you either haven’t been anywhere near the Internet in 2016, or you’re just fortunate enough to be dating emotionally mature adults who will be upfront and respectful about not wanting to see you anymore. Basically, it’s when you’re talking to or seeing someone, and everything seems to be going fine, but then at one point they just… ghost. And you never hear from them again.

You could waste a lot of time wondering what you did wrong (probably nothing) and why they (or their ghosting robot app) won’t text back, or you could just let it roll off your back. Of course, moving on is sometimes easier said than done, especially if you were dating them for a while. To help you out, here are some tips on how to finally let go of the ghost(er)s from your past.

1. Know it’s not you; it’s them. More likely than not, if someone is ghosting you, it’s coming out of their fear of confrontation and inability to deal with conflict. Don’t waste your time going over every single detail of your last date looking for “clues” as to what happened.

2. Delete everything. Even after you think you’ve long forgotten all about your ghoster and you’re totally over it, one day you’ll be scrolling through old text messages or your contacts list and BOOM, all those hurt and confused feelings could come back up again. There’s no reason to hold onto them in your phone, so why not save yourself from the chance of further emotional turmoil where you can?

3. Realize you dodged a bullet. If this person can’t handle a basic, “I’m sorry; I just don’t feel a connection here and don’t think we should continue seeing each other,” there are probably a lot of other social skills and courtesies they’re lacking. You always deserve to be treated with care and respect, no matter how hot their Tinder selfies were.

4. If they come back, don’t engage. It’s not fair for another person to play with your emotions like that, or only be around when they feel like it. Unless they have a really good, fact-checkable excuse — like they’ve been living underwater with no cell service for the last three months on a mission the President ordered them to serve on which has since been widely reported on CNN — you don’t need this person in your life.

5. Laugh about it. Nothing will make you feel better than getting together with friends and going in on this drippy man-child who’s just that hopeless at talking to women. They’re sad; you’re not.

Have you ever been ghosted? Tweet us the getting-over-it tips that worked for you @BritandCo!