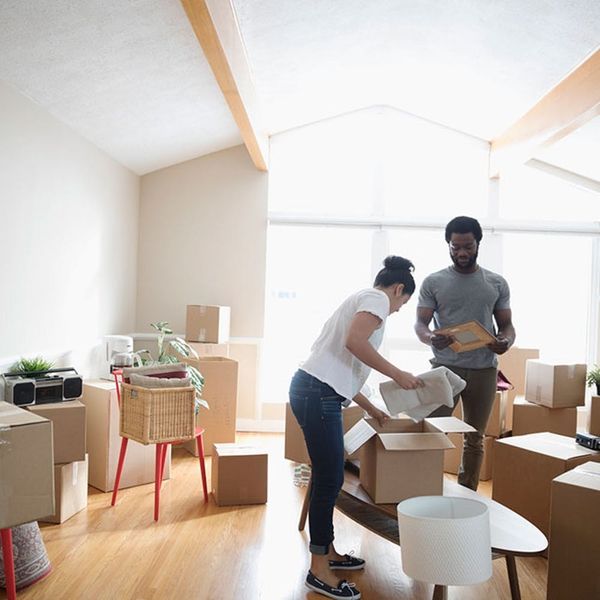 Moving in with your significant other is a pretty big deal. For one thing, millennials are actually less likely to move for love in the first place. Additionally, moving in together might spark the need for legal agreements in some cases. Despite the logistical challenges of moving in together, though, Pew Research Center reported that the number of US adults in cohabiting relationships (defined as living with an unmarried partner) is on the rise and reached about 18 million in 2016.

Unfortunately, this high rate of cohabitation means that some couples might experience the unpleasantness of breaking up while living together… and the redistribution of the “stuff” after that breakup. There’s no right way to go about it, but a recent survey by Porch, an online home improvement company, has some insight into the ways that exes divide possessions after a split.

Porch surveyed more than 1,000 people who have lived or currently live with their partner and found that divvying up items post-breakup — especially things that come with a high emotional attachment like pets and jewelry — can get pretty tricky.

Before partners even begin to think about dividing up their actual possessions, the first shared thing in question is the living space. Understandably, only seven percent of men and less than six percent of women said they’d continue living with their ex after a split, and most people believed that the man should be the one to move out. Men didn’t dispute this: Forty-seventy percent of them said that they would move out rather than ask their ex to.

Once a couple decides who gets to stay in the space, it’s up to them to figure out how to split up their possessions. The survey found that almost half of couples followed this simple rule: Whoever owned an item before the relationship (or purchased it during) was entitled to it. Everything else, however, is up for discussion.

Some possessions caused more tension than others. It’s not surprising that one of the most coveted items isn’t actually an item at all; almost half of respondents said that they would fight to keep “custody” of a shared dog. While things such as houses and furniture weren’t as hotly contested, for more emotional items, the stakes were high.

Almost 44 percent of exes said that they would want to keep the engagement ring — but on the flip side, more than 40 percent said they would allow their partner to keep it. The survey found that ultimately women want it more, with 63 percent of women desiring to keep their rock after a breakup.

But that’s enough about splitting. What about sharing? In some relationships, your shared possessions are so intertwined that they’re almost impossible to divide up. Such is the case not only for shared friends and children but also for more trivial things such as favorite restaurants and bars and streaming services like Netflix, all of which made the survey’s list of “Top Five Things People Share After a Breakup.”

Since every relationship is different, every breakup is different too. But regardless of why you and your S.O. are calling it quits and who gets to keep which possessions, common sense dictates that as much civility and mutual respect as possible will allow for the most graceful, and hopefully least painful, split.

How do you think stuff should be divided in a breakup? Let us know @BritandCo!

Gabrielle Gresge
Gabrielle Gresge is a Chicago native and journalism student at the University of Missouri. While not chasing deadlines, she enjoys giving campus tours, exploring her new home, and missing her old one. She loves to write about these experiences in her own handwriting at gabriellegresge.wordpress.com.
Dating
Relationships
Dating Love Relationship Advice
More From Relationships