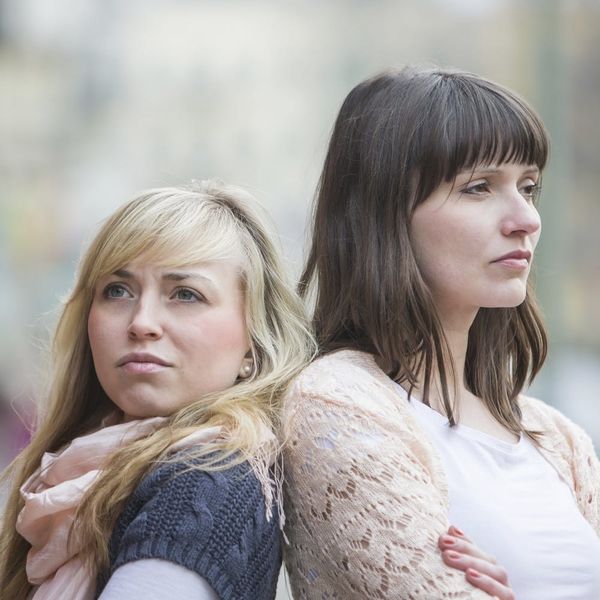 You could never imagine not having your best friend in your life… until she does something that majorly pisses you off. Whether it’s a jealous comment, an insensitive oversight or bailing on plans last minute (again), conflict and disagreement are inevitable in any relationship. And in some ways, a friend fight is even harder than being in a fight with your S.O. — because your BFF is usually the one you complain to.

Even if you’re boiling over with “but she should haves,” you have to be careful about your next move. It could be the difference between the two of you coming through it closer than ever or dramatically throwing your friendship bracelets into the ocean. So before things get into bestie break-up territory, step back, take a deep breath and read these tips on how to calm down and get back to planning your next friend date in no time.

1. Stop texting. Emojis are great when you’re texting your BFF to describe last night’s date. But if you guys are fighting, it’s way too easy to misconstrue tone and emotion over text message (or iMessage, or Gchat). Pick up the phone to actually talk, or hit pause on the conversation and make plans to meet up later IRL.

2. Don’tsub-tweet. Or practice any other form of shade or talking behind their back. Being passive-aggressive definitely isn’t going to resolve anything and likely will just make it worse. Instead of starting a Twitter beef, you need to address the issue head-on and be honest about how you’re feeling. Save the angry hashtags for a real fight — like when you need to complain about an airline’s terrible customer service.

3. Forget about #squadgoals. This fight is between you and your BFF — you don’t need to call up your entire girl gang to get their take. If you legit feel like you need to seek outside guidance, do it discreetly. And make sure you’re asking your other friend for advice, not to choose sides. If you find yourself humming “Bad Blood” and fantasizing about hanging out with the Hadid sisters, you’re probably doing it wrong.

4. Talk it out. Set a time to meet up with your friend so you can have “the talk” without any distractions. If you’ve been acting squirmy up until now, they’ll probably have an idea of what’s coming, but remember they can’t read your mind. Explain exactly where you’re coming from, calmly and respectfully, and give them a chance to take it in and respond. If Kylie and Blac Chyna can squash their beef with a Snapchat, you guys can handle an awkward coffee date.

5. Accept their apology. If your friend acknowledges what they’ve done to hurt you and resolves to make a genuine effort to be better, take them at their word. Holding a grudge is only going to hold the two of you back, and it’s not fair to keep punishing them for one mistake. Plus, the sooner you make up, the sooner you can get back to having Real Housewives marathons and drinking way too much boxed wine together.

Have you ever had to work out a major fight with a friend? Tweet us your tips @BritandCo.