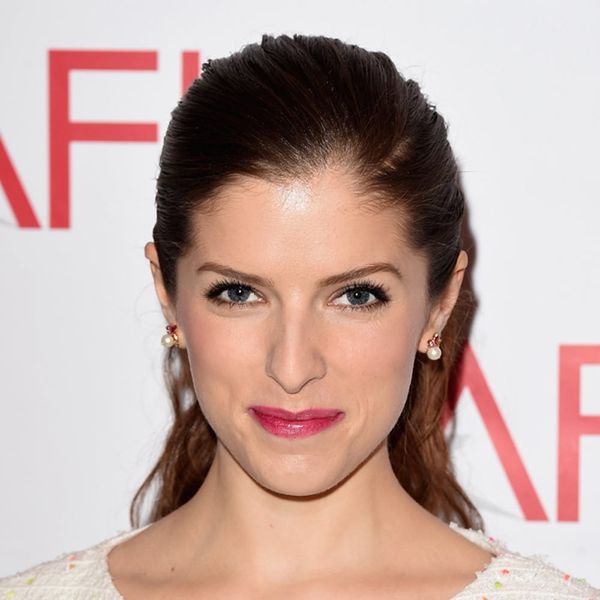 Fact: There are only so many times you can sing “the cups song” before you drive everyone you know crazy. To say we’ve been dying for some new Pitch Perfect music would be a major understatement — we’ve had our Pitch Perfect 2 tickets preordered even before our BFF Rebel Wilson announced her plus-size clothing line. After watching this musical masterpiece with your besties, we’ve got seven BFF dates to keep the acca-awesome vibes flowing.

1. Egg Russian Roulette: Spoiler: Anna Kendrick actually smashes an egg on her head after playing Egg Russian Roulette on The Tonight Show Starring Jimmy Fallon. We know you might not actually want to smash an egg on your head, but slipping one into your DIY hair mask during a BFF at-home spa date might be just what your locks are craving. And if you’re short on eggs, you can always reach for the mayo, like our girl, Blake. (via The Tonight Show Starring Jimmy Fallon)

2. Bartending Class: We’re supremely jealous of the Marie Claire journalist who spent an afternoon at a bartending class with Anna Kendrick. Let’s just say there was a lot of sampling involved. Grab your besties and sign up for a class that’ll turn you into cocktail whizzes. (Photo via Kate Spade)

3. Go to a Dog Park: Like us, Anna Kendrick likes to creep outside of dog parks, even though she doesn’t even own a pup. Of course, she was doing it for a Fast Company interview, while we’re just all about petting puppies. If you and your BFFs are pup-less, volunteer as dog walkers for your local shelter, so you can finally have an excuse to linger in the park. (Photo via @annakendrick47)

4. Dine at a Diner After That Late Pitch Perfect Screening: Anna Kendrick is so obsessed with mac ‘n’ cheese, Kraft actually sent her a gold macaroni necklace. If you’re trying to get on her level of fast food glamour (um, who isn’t?), dining at a diner, like Anna did in her interview with Glamour, is a must. (Photo via @annakendrick47)

5. Take a Trapeze Class: Okay, now we’re pulling out the big guns. AK actually took a trapeze class with a Nylon reporter and lived to tell the tale. We’re betting after you and your friends take a trapeze class, Cirque du Soleil won’t have anything on you. (Photo via @annakendrick47)

7. Lipsync Battle: We were dying as we watched Anna Kendrick pay her respects to our hero J.Lo on Lip Sync Battle. If you and your bestie don’t have the “Booty” routine memorized, what are you waiting for? Turn your next hang session into a dance workout, and wow all your friends the next time you hit “da club.” (via Lip Sync Battle)

What are your favorite BFF dates? Would you try any of these out? Tell us in the comments below!

Angela Velez
Angela is an MFA Fiction candidate at the University of Pittsburgh. You can find her reading obsessively, wandering bookstores and watching melodramatic television.
Home News
More From Home News