How to Run for Office 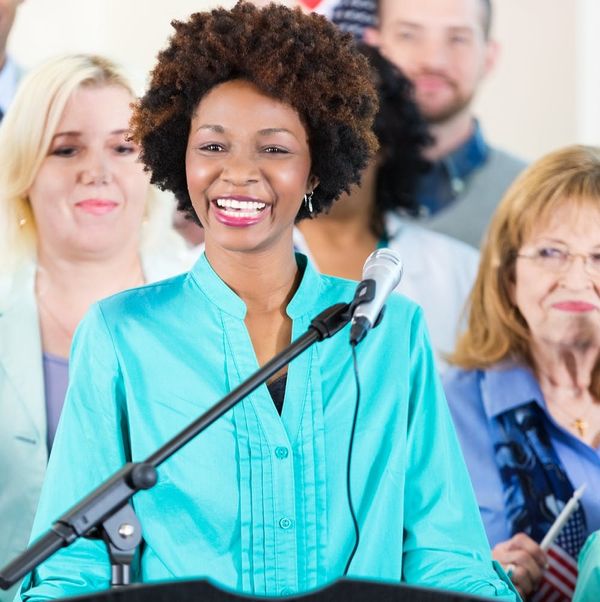 Melissa Richmond is Vice President of Running Start, a nonprofit that trains and inspires young women to run for office, and she wants more women to know that there aren’t as many rules as they might think about running for office.

“Caring about making change on issues, a desire to serve, and being 18 at the time you take office are the most important prerequisites to run,” she says. The rest will come — Alexis Frank, who ran for Congress in South Carolina’s 5th District, didn’t have a team until after filing to run — but having a general idea of the ins and outs certainly helps.

1. Vote. If you are 18+, register to vote, and, Richmond says, vote in every election – even primaries and off-year elections. In some places, you can put your name on the ballot before you even turn 18. “Allyson Carpenter and Saira Blair (Running Start alums) did, and they each became the youngest-ever elected officials in their home states of Washington, DC and West Virginia,” Richmond says.

2. Figure out the issue you’d like to tackle or, more accurately, the problem you’d like to solve. This should be something you’re passionate about. Then, figure out how your elected position will be the solution. Richmond says the more local the issue, the less likely it is to be partisan or divisive, and the more likely you are to be able to make an immediate impact.

3. Tell your loved ones. Depending on when your candidacy is announced and how long you stay in the race, it could last anywhere from a year to a year-and-a-half. Discuss this with your family and/or support system.

4. Look up filing deadlines and requirements. Your state’s secretary of state or local or state board of elections will have them, and local governments can also provide information on forms and deadlines.

5. File! All the forms you need can be found on your state’s secretary of state website. Local city governments can also provide information on forms and deadlines.

6. Do your homework. Votes are what will win you your election. Your City Hall’s elections department will have the number of people registered to vote, expected voter turnout, and the percentage of votes needed. You’ll also need to research campaign costs, but don’t worry about funding the campaign yourself.

7. Fundraising. Online fundraising is a great option, but local events are still very effective. If you can get a fundraising team together, all the better — but it’s not a necessity by any means.

8. Get yourself out there. Your campaign is basically your second full-time job. Meet people, talk, and, more importantly, listen to them. Advertise yourself and your platform. And keep encouraging people to vote!

Richmond and Frank both stress that while things like candidate training programs and a campaign team are beneficial, they’re only nice-to-haves, not need-to-haves. Your perspective and your passion are key — and you shouldn’t hesitate in putting them to use.

Nicole Villeneuve
Nicole is an entertainment and lifestyle writer covering pop culture, news, and cool women doing cool things. She likes yard sales, MTV's Teen Mom, and putting too many memes in the group chat. She lives in Toronto.
Empowerment
More From Empowerment