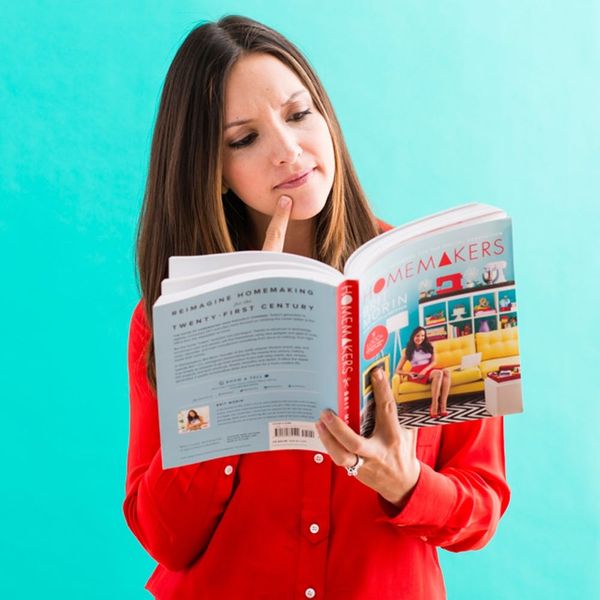 As creatives, we’re supposed to be teeming with good ideas. Right? There are times, however, when we’re brainstorming up a, ahem, storm, and it seems like we just come up empty. Been there, done that. Don’t get discouraged though. There are actually hacks you can learn to help make your brainstorming sessions waaaaaaay more effective.

1. Gather insight + create empathy: Before you can begin brainstorming, you need to get out there and gather some insight. What that means, according to Suzanne, is “going out into the world and looking at it in a unique way with fresh eyes.” You can do this by observing and interacting with people, studying technologies and doing research on whatever you’re planning on creating.

2. Set the stage: So you’ve gone out and gathered lots of data, and you can begin forming your questions. Now, you frame your questions. Suzanne tells us, “You need to ask good questions.” This is a crucial step, as asking the right questions will lead you to the right answers.

3. Defer judgement: Now we’ve reached the actual brainstorming phase, and to make it a safe space, suspend judgement. Karen says, “We really want people to have creative and wild ideas and have that spur other creative and wild ideas. [We try to] create a creative space so there’s no judgement, [we can] let ideas flow, so people can build from one another on their ideas.”

4. Encourage wild ideas: Some of the best ideas started out as the most outlandish ideas. That is why one of their rules for brainstorm sessions at IDEO is that “there’s no difference between the ‘outrageous’ and the ‘brilliant,'” says Karen.

5. Build on the ideas of others: Using other ideas as a jumping off point or a sounding board can actually elevate and grow a creative thought more quickly. Karen says, during a brainstorm session, it’s best to “use ‘and’ instead of ‘but.'”

6. Stay focused on the topic: Sometimes when a session starts to get off topic, you need to reel it back in. After all, in order to brainstorm constructively, you have to follow some rules. Karen says, “Diversions are good but we really want to keep our eyes on the prize in terms of what we’re trying to brainstorm around.” If you’re leading the brainstorm sesh, Suzanne advises, “What we try to do is really gently nudge people back toward the questions.” Other ways include putting in your own crazy, yet on-topic idea. “With a well-placed wild idea, you can kind of attract people’s creative energy back to the challenge at hand,” she tells us.

7. One conversation at a time: When you’re in a room full of creative thinkers, good ideas come up like popcorn in a microwave. Be sure to give each idea plenty of space to be heard. Karen says, “We really want to make sure that we hear each other and that we’re able to build on each other’s ideas.”

8. Be visual: Some people are visual learners rather than audio learners. Make sure you’re fully imparting each idea by adding a visual component to your brainstorm. “As we’re brainstorming, we do lots of pictures, visualizations depicting the whole story,” Karen says, “so others can visualize the ideas we’re trying to articulate.”

9. Go for quantity: You’ve heard “quality over quantity” before, but throw that adage out when it comes to brainstorming. During a session, try to get out as many ideas as possible. You can weed through them later to find the good ones. “In a 60-minute session, we try to generate 100 ideas,” Karen says. Woah. “It’s really about just getting a lot out there and then being able to, after the brainstorm, take a moment to synthesize what you’ve gone through and figure out where the opportunities [are] to spend more time in developing these ideas.”

10. Limited time is your friend: Have an endless amount of time to produce something often means that you end up producing, well, nothing. Instead, allot only an hour or even 45 minutes to a brainstorm to let yourself think wildly out-of-the-box, then close up the session and go on your way. “[It] creates sacred space for this kind of thinking because it allows people to get a little bit silly and a little bit crazy just during that time,” Suzanne says. “Then, they can leave that room and go back to their regular jobs.”

11. Mash it up: One of their techniques to help your brainstorm along is taking two different things and thinking about them together. “We use the phrase ‘cross-pollination,’ [but it’s] the idea of bringing two things that are not alike together into a new whole,” Suzanne says. “It could be things that are totally un-alike but massively fresh ideas and innovative thinking come from mashing them together.”

Check out one of IDEO U’s brainstorming sessions in the video below.

What do you think of Karen and Suzanne’s advice? Tell us in the comments below!

Kimberly Wang
Kimberly Wang writes about all things pop culture, tech, style, and beauty. She's a Bay Area transplant and has an MFA in Creative Writing from Columbia University. On a sunny New York day, you can find her hanging out with her mini schnauzer Isabelle Jellybean on a blanket in Central Park.
Re:Make
Home News
Re:Make