Idris Elba Is Engaged and You Can See His Sweet Proposal! 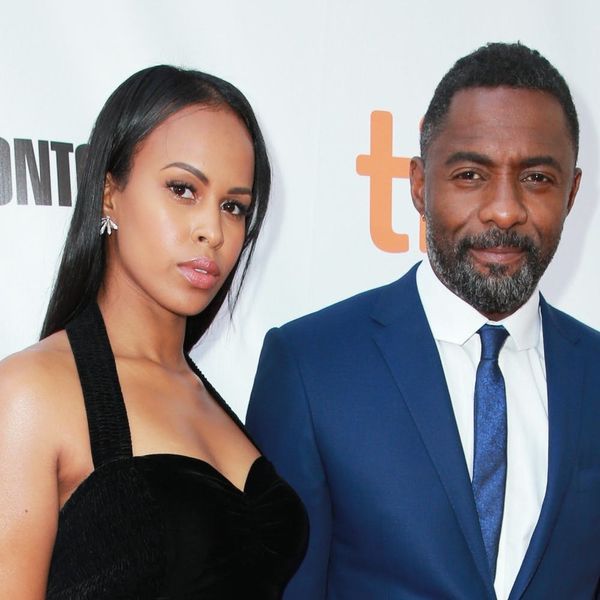 Idris Elba has been hard at work these past 12 months, taking over the big screen in films such as The Mountain Between Us and Thor: Ragnarok and making his directorial debut with Yardie (released on January 20). It seems he’s also been making big strides in the love department, as well, because the British actor has just gotten engaged!

The notoriously private 45-year-old shocked movie-goers at a screening of Yardie in London’s Rio Cinema when he got onstage with his 29-year-old girlfriend, former Miss Vancouver Sabrina Dhowre, and openly professed his love for her for all to see, dropping down on one knee to pop the big question.

Another @riocinema first! Still 5 days to Valentines Day but @idriselba went down on one knee and proposed to his girlfriend live on stage this morning before a preview of his film #Yardie pic.twitter.com/XRtca1xcv0

While reps for the actor have yet to confirm the news to outlets for People, Rio Cinema took to Twitter to confirm the exciting news, sharing a snap of the actor and writing, “Another @riocinema first! Still five days to Valentines Day but @idriselba went down on one knee and proposed to his girlfriend live on stage this morning before a preview of his film #Yardie.”

Lucky for us, David Marsden, managing director of Sainou Talent Agency London, was in the audience and managed to capture the special moment on video, joking, “When you turn up to the #Yardie screening… and the director @idriselba steals the show with a #marriageproposal.”

When you turn up to the #Yardie screening with @sainoutalent clients @adnanmust & @akin.gazi and the director @idriselba steals the show with a #marriageproposal #congratulations #love #marriage

The clip shows the actor down on one knee as Dhowre bends over in shock before embracing her soon-to-be husband as the crowd roars its thunderous approval.

The newly engaged lovebirds met while Elba was on location in Canada shooting The Mountain Between Us with Kate Winslet. “Falling in love while making a movie about falling in love is pretty special,” the actor told People following the pair’s red carpet debut at the Toronto International Film Festival last year.

The native Londoner was previously married to makeup artist Hanne Norgaard from 1999 to 2003, with whom he shares a 15-year-old daughter, Isan. He was briefly hitched to lawyer Sonya Hamlin n 2006, and welcomed a son, Winston, with then-girlfriend Naiyana Garth in 2014.

Congratulations to the actor and his bride-to-be!