Get the Scoop on IKEA’s New Concept Stores 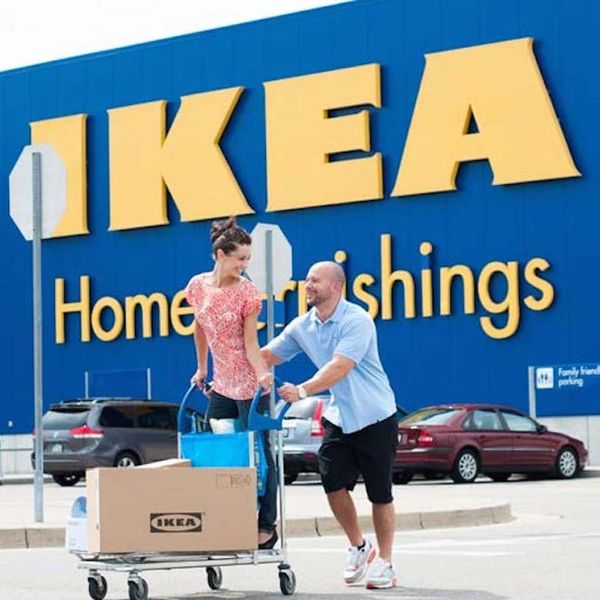 IKEA shoppers, rejoice: The mega flat-box furniture retailer is coming to a city near you (well, maybe). Last week IKEA Canada president Stefan Sjöstrand revealed to the Toronto Star their plans to open smaller versions of their massive stores in late 2015, starting with Ontario.“If we see that it is a good thing, we will roll it out [elsewhere],” he continued, “If it’s not working, then we will have to try something else.”

When it comes to IKEA, of course, small is relative. The “mini” stores will hover somewhere around the 20,000-square-foot mark. While a 12th of a full-size store does sound minuscule, it is still equal to about half the size of your average grocery store. So, what can you expect to see from these wee stores? IKEA’s plan is to have them act as pick-up locations, where items are delivered for a flat rate of $80, which is ultimately cheaper than having items shipped directly to your house. The mini-IKEAs will also feature a selection of furniture, displays and decor customized to the location. Basically, you can expect to spend a lot less time browsing the 20 million different types of lamps. But fear not — there will be plenty of tablets available to shop for your must-have IKEA products online.

IKEA is following in the footsteps of corporate favorites like Target and most recently Whole Foods in catering to the millennial market with these new concept stores. It’s a smart move for IKEA, seeing as their target consumer is a mix of Gen X and millennials, most of whom live in urban areas. But the real question on everyone’s mind is: Will the mini stores serve those delicious cinnamon rolls and soft serve cones? We hope the answer is yes.

Are you excited about this new IKEA concept store, and, more importantly, will YOU shop there? Tell us in the comments!

Jasmin Perez
Jasmin is a bi-coastal fashion and lifestyle writer with a penchant for event planning and DIYs. You can usually catch her scouring the web for the latest trends or hunting the streets for her next favorite coffee shop. She has bylines at Lucky, OliviaPalermo.com, Teen Vogue, and Who What Wear.
IKEA
Home News
IKEA