This iPhone Trick Shows You How Strong Your Reception REALLY Is 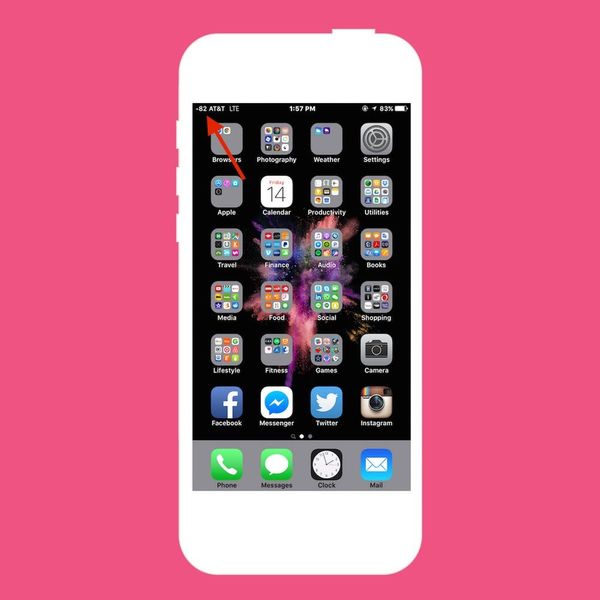 Worst case scenario: you found your dream apartment. You can already envision where you’re going to put up that Washi tape mural you saw on Pinterest. The living room was made for the DIY Anthro-inspired rug you made. You’re so excited, you whip out your phone to call your S.O./mom/BFF and *cue Psycho shower noise* you find that you have ZERO BARS. Ugh. While this may not be a deal breaker for some, sadly, for those of us who are more smartphone-addicted (or smartphone-positive, as some might call it!), we might have to pass on the flat. Having good reception is crucial to a smartphone owner’s wellbeing, and there are times when it shows that you have four bars, but the person on the other line is just static noise. During those moments, it feels like those bars are just… lying to you :(

After you’ve pressed the Call Button, your phone will take you to this screen. From here, you’re going to press and hold the top button until the Turn Off nob appears.

Once this shows up on your screen, release the top button. Press and hold the Home button for about six seconds.

This action should automatically take you back to your Home screen, and voilà! In the top left hand corner, instead of bars, you’re going to see a number.

For iOS 8 and lower, you can toggle between your bars and the number just by tapping on the signal strength icons where the arrow is pointing. Sadly, iOS 9 beta users, we don’t have that capability. No word if it’s going to be an option Apple is rolling out with their public iOS 9 update.

What the heck do those numbers mean anyway? Well, -44 to -77 is the sweet spot where you ideally would like your reception to be. It translates to five bars. The smaller the number, the worse your reception is — so, -102 to -120 is about one bar. We made this handy key to help you decode what those digits mean.

So, next time you’re on the phone with your bestie and she says, “I think you have bad reception,” you can check your signal strength number and say, “Nope, I’ve got -70 reception. It’s definitely your phone.”

What do you think of this iPhone trick? Tell us in the comments below!

Kimberly Wang
Kimberly Wang writes about all things pop culture, tech, style, and beauty. She's a Bay Area transplant and has an MFA in Creative Writing from Columbia University. On a sunny New York day, you can find her hanging out with her mini schnauzer Isabelle Jellybean on a blanket in Central Park.
Apple
Tech
Apple
More From Tech