Is Not Having Kids the Answer to Climate Change? 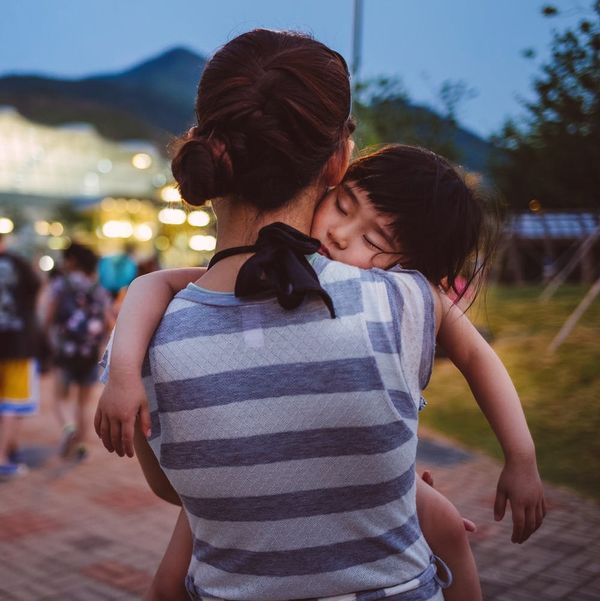 Social media was set alight last week after writer Jill Filipovic tweeted an article about over-population and climate change, saying, “Having children is one of the worst things you can do for the planet. Have one less and conserve resources.”

Critics immediately pointed out that coercing women not to have children is rooted in a history of racism, and that corporations are in fact the largest polluters of the earth. But experts agree that the Earth is over capacity, and can’t support the whole population for much longer. So is telling women not to have kids the way to solve our climate problems?

Yes, the Earth’s human population is indeed over the capacity of what the planet can support. The climate is changing, and vital resources such as water and food are in very low supply in some regions of the world. But simply demanding that women not have children is NOT an ethical or adequate solution to the problem.

First, the ethical conundrum: In the (recent) past, the US has implemented forced sterilization programs to keep women of color, immigrants, unmarried women, disabled women, and mentally ill women from having babies.

It’s a lesser known part of US history, but in 1909, California passed the “Asexualization Act,” which led to the sterilization of more than 20,000 over the course of 70 years. Some of these women did not speak English well or at all, and were not aware that they were being sterilized. Most of the women who were forcibly sterilized were African-American and Mexican. Even Hitler took note of this legislation in his infamous book Mein Kampf, writing in 1925: “There is today one state in which at least weak beginnings toward a better conception [of citizenship] are noticeable. Of course, it is not our model German Republic, but the United States.”

Essentially, bad things happen when the government decides who can and can’t have kids, or how many they should be allowed to have. Around the world, there is evidence that this leads to abuse against women, especially women of color.

Further, implementing limits on family size has backfired on a national level. Between 1979, when China implemented a one child per family policy, and 2010, the country wound up with a massive surplus male population estimated between 20 and 30 million. An entire generation of only children will now also be left to shoulder the cost of government, healthcare, and care of their aging parents, according to Public Radio International. The one-child policy was formally phased out starting in 2015.

A better solution for overpopulation

Despite measures toward population reduction, the world is still facing a population crisis. The people who suffer the most are women and families who live in impoverished, rural areas. In these cases, women either do not know very much about birth control, can’t afford it, or simply are not allowed to take birth control.

In the 2016 documentary Footprint: Population, Consumption, and Sustainability, director Valentina Canavesio highlights the work of the Lady Health Workers in Lahore, Pakistan, the sixth-most populous country on Earth (the US is third). The documentary explains that overpopulation in Pakistan is largely driven by the social preference for sons; women will often continue to have children until they have a son, sometimes leading to family sizes larger than the parents can afford.

Lahore’s Lady Health Workers travel to women’s homes and educate them about birth control, even bringing condoms and birth control medication if the women choose to take it. It’s an example of women working to empower other women by giving them access to birth control, encouraging families to wait a few years between having babies so that they are not overburdened. This is the course of action for population control recommended by many scientists.

Paul R. and Anne Ehrlich, a husband and wife team of population scientists with Stanford University, say that equal rights for women around the world, including reproductive rights, is the key to solving the population crisis. The idea is that if women have equal rights (such as access to affordable birth control and a robust education), they are less likely to have children when they are too young, or to have more children than their family can support. Choice is the key to helping our planet, not forced quotas on family size.

There’s also an existing win-win-win solution for families that would prefer to have a lot of children, but are concerned about overpopulation: adoption. In fact, concerns about the environment are a common reason families adopt. Of course, adoption is an expensive process not everyone can afford, but it’s one way to have as many children as one would like, without adding to the world’s existing population.

Critics of Filipovic’s tweet also pointed out that the United States vastly out-consumes resources like water and electricity compared to other nations, where the population is higher and the resources scarcer. The impacts of US consumption on the environment are significant.

According to National Geographic‘s Greendex, an index of the most sustainable nations, the United States ranked last in a list of 18 countries in 2014. Overall, the US consumes 207 percent of its ecological capacity, according to the Worldwatch Institute. This puts a strain on nations around the world, especially developing nations.

Finally, placing the fate of the world solely on women’s shoulders ignores that fact that the US produces the second-most carbon emissions of any country (China ranks first), mostly thanks to major corporations. The two worst offenders are Alcoa, a company that produces aluminum and other metals, and DuPont, one of the world’s largest chemical companies, according to the Political Economy Research Institute. Corporate pollution is not a problem that can be solved through population control, but corporate responsibility legislation.

Filipovic’s tweet went out on World Population Day, and just over a month after President Donald Trump announced his decision to pull the US out of the Paris climate agreement, the most significant, multi-nation climate action plan in contemporary times. While the president has reportedly since expressed an interest in remaining in the agreement, other nations have said they will not make changes simply to suit Trump.

The future of climate policy in the US remains somewhat unclear, but what is certain is that demanding that women not have children is not a viable or desirable solution. Some people may always find it tempting to place the world’s burden solely on the shoulders of individual women, but the facts make it clear it’s nowhere near that simple. To solve the world’s climate and population crises, the US government must intervene to lessen corporate pollution, and the whole world needs to fight for women’s rights.

Elizabeth King
Elizabeth King is a politics, history, and culture writer based in the Twin Cities. She is generally pretty cranky but still enjoys traveling, music from the early 2000's, and plotting the resistance. Feel free to say hi on Twitter at @ekingc or check out some of her work at www.elizabethcking.com.
Politics
Current Events
Politics science